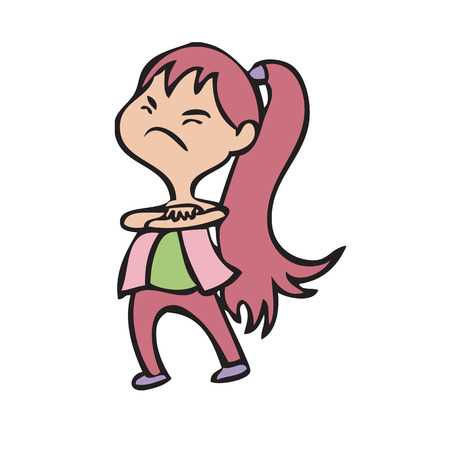 It was her first day of kindergarten. Suzie had waited not so patiently all morning while her parents got ready to take her to school. First, they needed coffee. Then the dog needed to be walked. Then they had to eat. Who needs to eat when there is kindergarten to get to! Then they needed another cup of coffee for some reason. Adults must need coffee in the morning to walk out of the house. Then they got up her brother. They needed to forget about him and focus on getting her to school. She had already dressed herself and gotten ready for school and got her stuffed animals ready for school by the time it said 6-0-0 on the clock.

Finally, everyone got in the car. And she did want everyone. Her parents wanted to leave all her stuffed animals at home, but she cried until she got her way. She often cried until she got what she wanted. All her stuffed animals were in the seat next to her on the ride to the school and were buckled in safe. She arrived. Suzie had been ready for school since forever.

The day did not disappoint. There was finger painting. She made sure she was first in line to get paints. There were goldfish for snacks which were her all-time favorite. The teacher asked if anyone wanted seconds and she elbowed some boy out of the way to get some and was first in line. There was even a for real goldfish as a class pet on the teacher’s desk that during the middle of the day decided for some reason to sleep belly up. There were songs. She liked their songs, but when it came to a few songs she didn’t know, she sang whatever song she wanted no matter what anyone else was singing. There were rules, but those didn’t really apply to her. She was special. Her mother told her so.

A loud bell buzzed out over the whole school. It was lunch time. All the kids stood up and grouped at the door. Out came Suzie with her bright pink sparkly lunchbox and shoved one girl out of the way. She shouldered some boy. She pushed her way all the way to the front and yelled at the top of her lungs, “Me first!

* Philippians 2:3, “Do nothing out of selfish ambition or vain conceit, but in humility consider others better than yourselves.”

* James 3:16, “For where you have envy and selfish ambition, there you find disorder and every evil practice.”

But you will not find contentment. Synonyms for contentment are serenity, satisfaction and gladness.

The truth about selfishness is that we often do not see it in ourselves because that is the nature of selfishness. It is kind of like not being able to smell your own body odor. It is there, but undetectable by you. Others might see selfishness in us, but we see nothing wrong with our words, our attitude, our perspective, or our way of acting in a relationship. We are selfish and we don’t see it.

Americans are a privileged and prosperous people. Our life expectancy has nearly doubled in the past century and continues to increase. The average real per-capita income has doubled just since 1960. At the same time, the price of food and many durable goods keeps falling.

Our standard of living has risen. For most of our history, the average home had one room for every two people; today there are two rooms for every one person.

We have more of everything except, of course, happiness. The percentage of Americans calling themselves ‘happy’ hasn’t changed since the 1950s, but those describing themselves as ‘very happy’ is down and continues to decline. During the same period, the percentage of Americans who suffer bouts of depression have climbed to 25 percent. 7% of all Americans suffer at least one incidence of major, debilitating depression a year.”

Why is this happening?

Greed affects our attitude and perspective!

In Budapest, a man went to his rabbi and complained, “Life is unbearable. There are nine of us living in one room. What can we do?” The rabbi answers, “Take your goat into the room with you.” The man was incredulous, but the rabbi insisted. “Do as I say and come back in a week.” A week later the man came back looking more disheveled than before. “We can’t stand it!” he almost yelled at the rabbi. “The goat is filthy and stinks!” The rabbi then told him, “Go home, put the goat out, and come back in a week.” A radiant man returned to the rabbi a week later, exclaiming, “Life is beautiful. We enjoy every minute of it now that there’s no goat — only the nine of us.”

Our attitude and perspective can rob us of our contentment!

We need to change our focus from what we don’t have to what we DO have. Greed is simply the desire to always have more. Greed is never satisfied. 1 Tim. 6:9-10. Greed kills gratitude.

Greed is the opposite of contentment and focuses on what we don’t have rather than the blessings we do have.

We need to change our focus from GETTING a blessing, to BEING a blessing. If you had all the money a person could spend, it would not bring purpose and meaning into your life. Only when you invest your life in the lives of other people do you find purpose.

There’s no fulfillment in self-centered living. Jesus put it like this: “Whoever finds his life will lose it, and whoever loses his life for my sake will find it” Matt. 10:39. Give your life to God and live for others, and life will be returned to you a hundred-fold. Keep your life to yourself, and your life will shrink to nothing.

Jesus told us the path to fulfillment when he said, “Whoever wants to become great among you must be your servant, and whoever wants to be first must be slave of all. For even the Son of Man did not come to be served, but to serve, and to give his life as a ransom for many” Mk. 10:43-45.

Until your life is being used by God in some form of ministry and service to others, you will not experience real joy.

As Franklin Roosevelt said, “We…hold to the hope, the belief, the conviction that there is a better life, a better world, beyond the horizon.”  As it is written: “Eye has not seen, nor ear heard, neither has it entered into the heart of man(kind) what God has prepared for them that love Him” 1 Cor. 2:9.

Are you grateful for what you have? We should be.

Is your life focused on what you can do for others or what they can do for you? Our greatest purpose in life should be to serve others.

And you will find contentment.