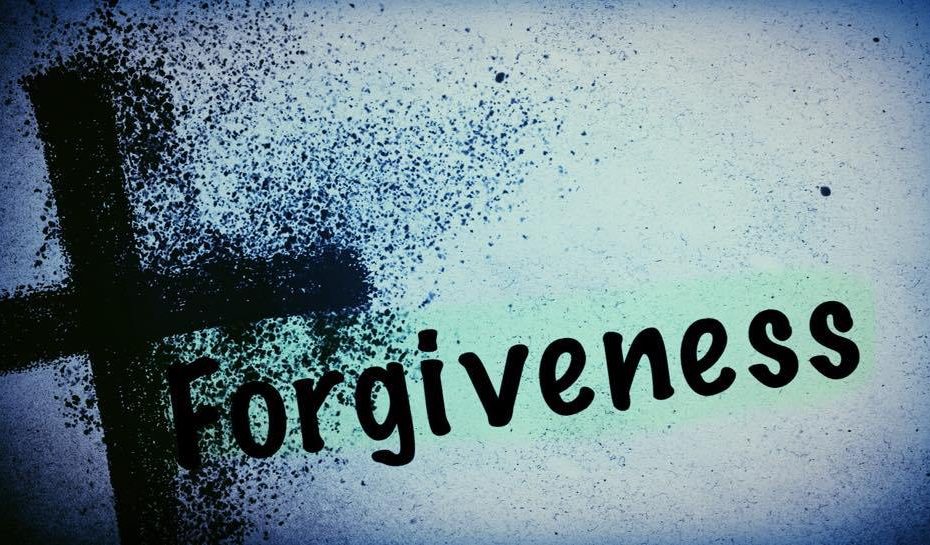 Today, we are talking about forgiving someone that we know everything about. We have seen all their actions and we even know their thoughts and intentions. We know that they often feel regret for the things that they have done and said and even thought.

We are talking about forgiving ourselves.

We all have regrets. We wish, like in the games we play, there was a reset button. But there isn’t. We have one life. One chance to do it right.

God has given us the freedom to choose the paths we take. But there is the glitch. That freedom, that means so much to us, also means we make mistakes, wrong choices, and poor decisions. We have regrets.

Out of the mass of sins I have committed throughout my life, there is one that stands way above the others in my heart. My deepest regret. Something I can never change.

I and my two brothers were raised on a small farm in Enfield. My parents worked outside of the home to support the family so my Grandma always lived with us. Whenever we came home from school, Grandma had a snack for us, cooked our dinner, watched over and took care of us. She was the best Grandma in the world. She made the best Swedish Tea Ring on the planet.

My Grandma’s health began to fail before I completed high school. She continued to take care of us all even though she got weaker and weaker. After I started college, her health crashed. My Mom, Dad and I took turns taking care of her. She asked to not be put in the hospital. My Mom promised her she could stay home.

When the college semester ended, I stayed home and took care of her nights. Her health declined to the point that she was alert for just a few hours a day.

It came to a time that she didn’t wake up for several days. I was sleeping on the couch in the living room next to her bedroom so I could hear her while my parents slept on the other side of the house. I was sleeping when I was awoken to her quietly calling for my Mom. I grumpily walked to her bed to see what she needed. She said she would like to talk to my Mom. I said Mom was sleeping and was very tired so I refused to wake her up. I changed Grandma’s position in bed and covered her up. Grandma told me not to be like that but I didn’t listen and I didn’t get my Mom for her. I lay back down, heard her call to my Mom a few more times before I fell back asleep.

That was the last time I spoke to my Grandma. She passed away the next morning.

I never spoke about that night to anyone. I particularly didn’t tell my Mom. She didn’t need to feel the weight of what I was feeling. She didn’t need to know Grandma wanted to speak to her one last time. That burden was mine. I deserved to carry it. I didn’t deserve to be forgiven. I didn’t want to be forgiven. There was no way I would ever be able to forgive myself for what I had done to my Grandma.

The years went by. I married my Sweetie. We were raising our family. I was working as Town Supervisor. Life was very full.

But there was a very large boulder I was carrying around which I refused to set down because I didn’t deserve to set it down. I needed to pay the price for what I had done to Grandma. I didn’t deserve to ever be forgiven. I thought about it often but I never spoke about it to anyone. Not even to my husband.

My Grandma had been gone for about thirty years. I was driving back from a memorial service I had attended with my Mom. It had been for a friend of hers. And wouldn’t you know. I let go of the boulder. It was time.

I couldn’t stop crying. Mom asked what was wrong. I said, “I have to tell you something.” Mom said okay.

She waited for me until I could tell her the whole grisly thing. Her response was nothing I could ever imagine. She said let me tell you something. She relayed a story much like mine. Her Father was laying in the same bedroom my Grandma was in when she had passed away. My Mom was about the same age as I had been. My Grandfather had called her into the room and asked her to get my Grandma. She left to get her but then got sidetracked doing other things. She never relayed the message. Later, when my Grandma went into the bedroom to check on him, my Grandfather had passed on.

I didn’t believe there was anything anyone could say to me that could have given me what I needed to get rid of that baggage. I was wallowing in self-condemnation. That was just what Satan wanted me to do. That type of baggage is contrary to what Jesus wants for us. He had already paid the ultimate price for my sin.

Psalm 103: 10 He does not treat us as our sins deserve
or repay us according to our iniquities.
11 For as high as the heavens are above the earth,
so great is his love for those who fear him;
12 as far as the east is from the west,
so far has he removed our transgressions from us.