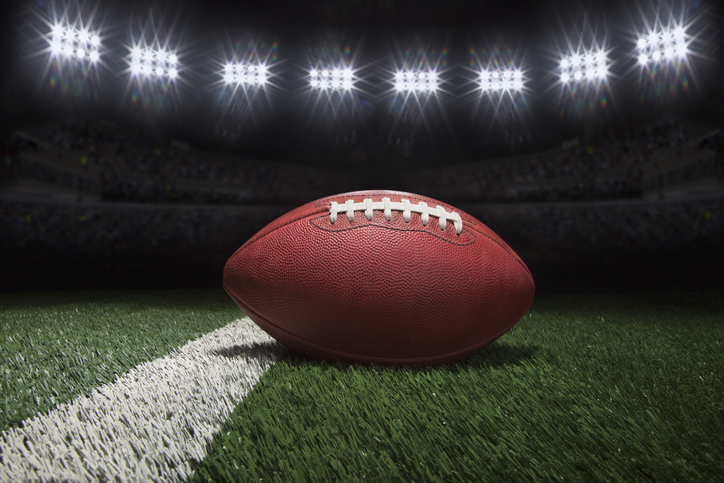 No other sports event in America draws a crowd of spectators like the Super Bowl. Around 200 million will be watching it this year. That’s 2 out of every 3 Americans.

Hotels in Miami are capitalizing on the demand for lodging created by the more than 200,000 people coming to South Florida for the big game. The average daily rate for the 10 hotels the Herald sampled is currently $697.

Miami nightclub E11even offers a $1.1M package with 11 Super Bowl tickets, a VIP table at the club and 11 rooms at The Gabriel Miami.

There is a coming event that will be much greater than all the Super Bowls played in history. Every person on the face of the earth, every entity, and every spirit will be effected by this event. It is the Battle of Armageddon.

Now you may say, “Come on Jean. Comparing Super Bowl LIV to Armageddon?” Hear me out.

It all began with a war in Heaven.

It’s a battle between the two great forces of “Good” and “Evil”.

It is a contest between the two greatest teams in the universe. It’s the Heavenly Hosts versus Satanic Hordes.

In the beginning, there was only one team. It was the Heavenly Hosts, created by God.

That’s when the first “kick-off” came. The day that Satan decided to try to dethrone God. Satan’s offense was stopped and he was thrown out of Heaven along with every player on his team. But he wasn’t going to go away that easily.

He went on the offense against man who was created in God’s own image.  Satan’s team makes some successful plays. The serpent managed to get to Adam in the Garden. That was the start. It continues today.

Sometimes it seems like Satan’s team is way out front. Every day we are bombarded with the media bringing us news filled with evil happenings in our world. Unbelievable atrocities. Horrible natural or manmade disasters affecting so many. Tragic loss of life. It never ends.

Nothing seems to check the forward progress of the Satanic Hordes. The chosen people for the Heavenly Hosts seem to be fighting against everyone and everything.

It’s like the Half Time show. The Satanic Hordes have arranged for an unbelievable lineup of commercials and entertainers aimed to dazzle. Shock and awe. Lust, desire, greed, envy, strife, perversion and every form of evil thought is aimed to enter every heart possible.

There is murder and fighting as mankind wars against one another. Satan sits back in his chair and smiles because he knows that his strategies are working. He knows how to push buttons to get what he wants, and what he wants is their loyalty to his own cause of evil.

But hold on, in the midst of the battle, the Heavenly Hosts brought in a new player. It seems that all the Hosts of Heaven were putting their trust in the ability of this one single player to turn the tide in the battle for good against evil.

This player wears many names. Wonderful, Counselor, Mighty God, Everlasting Father, Prince of Peace, and at the top of it all is the name Jesus.

Jesus comes into the game almost unnoticed. The Satanic Hordes didn’t see it coming. But they react quickly. They try to get Jesus out of the game. They plan traps to blindside him, but Jesus is never trapped. They plan schemes to have him removed from the game, but somehow Jesus evades every scheme and plan.

But then comes a seemingly major mistake by the Heavenly Hosts. After a brutal attack, Jesus is carried off field, busted up, and it doesn’t look like He will be back on this team ever again.

Satan is happy. He can see the end in sight and it looks like he is going to win easily. But wait. Here comes Jesus again. He moves into the front line of the Heavenly Hosts and tells everyone else to back off. Jesus is going to take on Sin, Death, Hell, the Grave and all the other Satanic Hordes single-handed.

Miracle of miracles – Jesus is alive. A new team steps in for the Heavenly Hosts including Paul and 12 others. The Church forms and is empowered by the power of God dwelling within.

In a last-ditch attempt, Satan sends in the Antichrist in a final effort to win the Battle. Deceit and tricks are his name.

But then, suddenly, the Satanic Hordes can’t believe their eyes. They look up and down but see not one. The Heavenly Hosts are gone. There’s no one there. Out of the sky breaks forth the sound of a trumpet.

Revelation 19:11-15  11 I saw heaven standing open and there before me was a white horse, whose rider is called Faithful and True. With justice he judges and wages war. 12 His eyes are like blazing fire, and on his head are many crowns. He has a name written on him that no one knows but he himself. 13 He is dressed in a robe dipped in blood, and his name is the Word of God. 14 The armies of heaven were following him, riding on white horses and dressed in fine linen, white and clean. 15 Coming out of his mouth is a sharp sword with which to strike down the nations. “He will rule them with an iron scepter.” He treads the winepress of the fury of the wrath of God Almighty. 16 On his robe and on his thigh he has this name written: king of kings and lord of lords.

Let’s keep our eyes on the right team and focused on the right goal line. Satan is blinding the world with deceit and lies. We must remain on guard so that we won’t fall for his tricks. Heaven is too great of a prize and Jesus is already the winner.

1 Timothy 4:8 (NLT)
“Physical training is good, but training for godliness is much better, promising benefits in this life and in the life to come.”

I ask, Lord, that we Christians may be devoted in our daily lives to the training and discipline of godliness which will honor and glorify you. And I pray for the safety and success of your people serving you in the arena of life. I would also pray for those engaged in a game of great competition (Super Bowl 54) to be safe from serious injury and to demonstrate the kind of sportsmanship that would honor you and be a credit to their game.

I pray for your glory in the name of Jesus who accomplished the greatest victory, salvation through faith. Amen