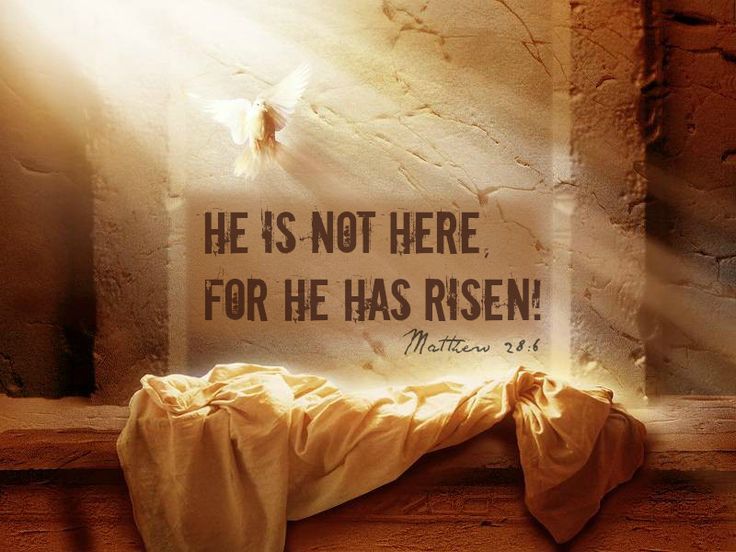 Here are some interesting ways Easter is celebrated throughout the world and some fun facts.

On Good Friday, the Pope commemorates the Via Crucis (Way of the Cross) at the Colosseum: A huge cross with burning torches illuminates the sky as the 14 Stations of the Cross are described in several languages. Mass is celebrated on the evening of Holy Saturday, and on Easter Sunday, thousands of visitors congregate in St. Peter’s Square to await the Pope’s blessing from the church’s balcony, known as “Urbi et Orbi” (“To the City and to the World”).

FACT: The first Easter eggs were colored red, in memory of the blood Jesus shed during his crucifixion.

Pouring water on one another is a Polish Easter tradition called Śmigus-dyngus. On Easter Monday, boys try to drench other people with buckets of water, squirt guns or anything they can get their hands on. Legend says girls who get soaked will marry within the year. The tradition has its origins in the baptism of Polish Prince Mieszko on Easter Monday in 966 AD.

QUESTION: The most popular American Easter candy is:

Easter is such a popular time for Norwegians to read crime novels that publishers actually come out with special “Easter thrillers” known as Paaskekrimmen. The tradition is said to have started in 1923 when a book publisher promoted its new crime novel on the front pages of newspapers. The ads resembled news so much that people didn’t know it was a publicity stunt.

ANSWER: Each Easter season, Americans buy more than 700 million Marshmallow Peeps, shaped like chicks, bunnies, and eggs. The Bethlehem, Pennsylvania, factory makes 5.5 million a day. In 1953, it took 27 hours to make one peep. That’s back when they were still new to the world and were handmade with a pastry tube. But don’t worry, it was sped up to six minutes thanks to a machine called The Depositor.

There’s an Easter Monday tradition in some Eastern European countries in which men playfully spank women with handmade whips made of willow and decorated with ribbons. According to legend, the willow is the first tree to bloom in the spring, so the branches are supposed to transfer the tree’s vitality and fertility to the women. I would not make this up.

QUESTION: Which animal is used in Australia instead of a rabbit? Why?

Children in this Scandinavian country dress up like witches and go begging for chocolate eggs in the streets with made-up faces and scarves around their heads, carrying bunches of willow twigs decorated with feathers. In some parts of Western Finland, people burn bonfires on Easter Sunday, a Nordic tradition stemming from the belief that the flames ward off witches who fly around on brooms between Good Friday and Easter Sunday.

ANSWER: In 1991, Rabbit-Free Australia launched a campaign to replace the Easter bunny with the Easter bilby, or rabbit-eared bandicoot. Why the bunny hate? In Australia, rabbits are widely considered pests for destroying crops and land. Companies now make chocolate bilbies for Easter, with proceeds benefiting the endangered animals.

Standing 14.8 feet high and weighing in at 9,359.7 pounds, this monstrosity of cocoa was made by Equipe da Casa do Chocolate at Shopping Uberaba, in Uberaba, Brazil, in February 2017. It took a team of nine professional chocolatiers working eight days straight to build the bunny.

QUESTION: How much did the world’s most expensive egg sell for and who made it?

PAAS has been supplying the world with Easter dyes for over 135 years. Do you know where that name comes from? PAAS takes its name from the Dutch word for Easter, Passen, which founder William Townley learned from his Pennsylvania Dutch neighbors. Today PAAS sells around 10 million egg coloring kits every year.

Half the states in the United States banned the dyeing of chicks on Easter; however, Florida recently overturned this law and now prevents the dyeing of all animals. Not only did Florida overturn the dyeing of animals, but the state also held the largest Easter egg hunt, where 9,753 children searched for 501,000 eggs.

ANSWER: Establish a fixed date for Easter that we still use.

Luke 24 On the first day of the week, very early in the morning, the women took the spices they had prepared and went to the tomb. 2 They found the stone rolled away from the tomb, 3 but when they entered, they did not find the body of the Lord Jesus. 4 While they were wondering about this, suddenly two men in clothes that gleamed like lightning stood beside them. 5 In their fright the women bowed down with their faces to the ground, but the men said to them, “Why do you look for the living among the dead? 6 He is not here; he has risen! Remember how he told you, while he was still with you in Galilee: 7 ‘The Son of Man must be delivered over to the hands of sinners, be crucified and on the third day be raised again.” 8 Then they remembered his words.

13 Now that same day two of them were going to a village called Emmaus, about seven miles from Jerusalem. 14 They were talking with each other about everything that had happened. 15 As they talked and discussed these things with each other, Jesus himself came up and walked along with them; 16 but they were kept from recognizing him.

17 He asked them, “What are you discussing together as you walk along?” They stood still, their faces downcast. 18 One of them, named Cleopas, asked him, “Are you the only one visiting Jerusalem who does not know the things that have happened there in these days?”

19 “What things?” he asked. “About Jesus of Nazareth,” they replied. “He was a prophet, powerful in word and deed before God and all the people. 20 The chief priests and our rulers handed him over to be sentenced to death, and they crucified him; 21 but we had hoped that he was the one who was going to redeem Israel. And what is more, it is the third day since all this took place. 22 In addition, some of our women amazed us. They went to the tomb early this morning 23 but didn’t find his body. They came and told us that they had seen a vision of angels, who said he was alive. 24 Then some of our companions went to the tomb and found it just as the women had said, but they did not see Jesus.”

25 He said to them, “How foolish you are, and how slow to believe all that the prophets have spoken! 26 Did not the Messiah have to suffer these things and then enter his glory?” 27 And beginning with Moses and all the Prophets, he explained to them what was said in all the Scriptures concerning himself.

30 When he was at the table with them, he took bread, gave thanks, broke it and began to give it to them. 31 Then their eyes were opened and they recognized him, and he disappeared from their sight. 33 They got up and returned at once to Jerusalem. There they found the Eleven and those with them, assembled together 34 and saying, “It is true! The Lord has risen and has appeared to Simon.” 36 While they were still talking about this, Jesus himself stood among them and said to them, “Peace be with you.”

37 They were startled and frightened, thinking they saw a ghost. 38 He said to them, “Why are you troubled, and why do doubts rise in your minds? 39 Look at my hands and my feet. It is I myself! Touch me and see; a ghost does not have flesh and bones, as you see I have.”

40 When he had said this, he showed them his hands and feet. 41 And while they still did not believe it because of joy and amazement, he asked them, “Do you have anything here to eat?” 42 They gave him a piece of broiled fish, 43 and he took it and ate it in their presence.

45 Then he opened their minds so they could understand the Scriptures. 46 He told them, “This is what is written: The Messiah will suffer and rise from the dead on the third day, 47 and repentance for the forgiveness of sins will be preached in his name to all nations, beginning at Jerusalem. 48 You are witnesses of these things.

He is Risen Indeed!