We are the clay 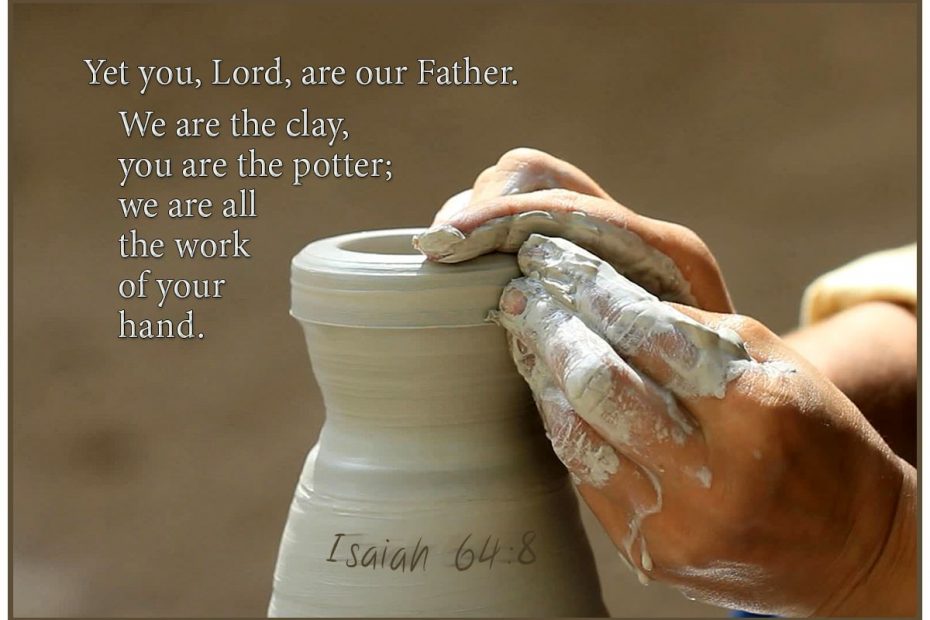 Back in 1912, Ford Motor Co. had a production manager named William Knudsen – considered one of the best in his field. Knudsen became convinced that the Model T (which had been in production for 4 years) had to be updated. But, the only problem was – Henry Ford loved his creation so much it was well known that he opposed changing anything about the car.

According to Robert Lacy (in his biography, Ford: The Man and the Machine), Knudsen thought to convince Ford by building an updated and impressive model to show what could be done with a few changes in color and design.

Ford had just returned from a European vacation, and he went to a Highland Park, Michigan garage and saw the new design created by Knudsen. On-the-scene mechanics later revealed how Ford responded.

They say that the car was a four-door job, and the top was down, painted gleaming red and built on a new, low slung version of the Model T. One eyewitness tells how “Ford had his hands in his pockets, and he walked around that car 3 or 4 times.

Finally, he got to the left hand side of the car, and he takes his hands out, gets hold of the door, and bang! He ripped the door right off!­ How the man done it, I don’t know! He jumped in there, and bang goes the other door. Bang goes the windshield. He jumps over the back seat and starts pounding on the top. He rips the top with the heel of his shoe. He wrecked the car as much as he could.”

Knudsen left for General Motors. Henry Ford nursed along the Model T, but design changes in competitors models made it more old-fashioned than he would admit. Competitive necessity finally backed him into making the Model A, but his heart was never in it. Henry Ford was one of the most creative men of his age. And yet, Henry Ford – one of the great minds of his day – resisted the obvious need for change.

A survey was done on people who lived to be over 100 years of age. Some common traits for their longevity were discovered. They were the following: 1) purpose, 2) positive outlook or faith, and 3) the ability to handle change or loss. They understood that change is a fact of life.

Daniel 2:21-22 “And He changes the times and the seasons; He removes kings and raises up kings; He gives wisdom to the wise and knowledge to those who have understanding. 22 He reveals deep and secret things; He knows what is in the darkness, And light dwells with Him.”

The process of life is one of constant change, we get bigger, stronger, older and weaker. Life is about growth and change. As long as we are alive, we are faced with some form of change or another. Changes in our appearance, in our family, at work, in politics, or in the world around us. At times change is good and other times it can be painful, but that is life. Change can bring out the best in us or it can drive us away into a deep dark corner to hide in.

However, not all change is bad. There are times where God is the one initiating change in our lives or in the greater world. His desire is to change us for the better. He is aware of all things and He knows what we must do in order to fulfill His purpose for our lives. His desire is that we might become more and more like the image of Christ.

Isaiah 68:8 Yet you Lord, are our Father. We are the clay, you are the potter; we are all the work of your hand.

The potter’s art has been practiced since ancient times. The Egyptian monuments has evidence that pottery making was known in Egypt before the entrance of the Hebrews into that country. Potter’s shops have been found at Lachish 1200 B.C. and Megiddo, Gezer, Hazor. The remains included nearby clay fields, potter’s wheels and kilns, and the dump for unusable pottery.

God is our potter. He has formed us. Jeremiah 1:   4 The word of the Lord came to me, saying,5 “Before I formed you in the womb I knew you,
before you were born I set you apart;

As a child, I used to go down my driveway to the creek and get clay along some of its banks. I would try to create things out of it with very limited success. Clay in its natural state is seldom fit for use. Several stages of preparation are necessary. Clay must be softened before it can be shaped. It needs to be mixed with water and sifted to remove any stones or foreign objects that do not need to be there. Several settling basins are used when the sifting takes place, each basin with smaller holes than the one before. This is the process of refining the clay. Once refined, the potter places the clay on a clean floor and walks back and forth on it, over and over until all the air pockets are removed.

Once God has gotten you to the right place, He will pick you up off the floor and place you on the potter’s wheel. There He will begin molding you. This involves applying pressure in certain areas that He needs to change. You may not like these pressures, but He is the one making the vessel, and He knows what is best for you. Once His hands have formed you into the vessel he wants for you, you are still worthless and without function until He puts you in the fire.

There were two ways of doing this: In the old days, they would “Sun Dry” the vessels. However, they had limitations, they could only store dry goods, because liquids would break them down. Later they “Kiln Fired” the vessels. That forms a fine vessel that will harden and hold liquids and maintain its shape but it had to be exposed to a minimum temperature of 500 degrees. The beauty of properly fired clay is that it will not breakdown and disintegrate, even if buried for thousands of years. Metal or wood would have long since disappeared.

Once removed from the fire the vessel must be scoured and scrubbed to remove any lingering signs of air bubbles that surfaced in the fire. The nicks and bumps had to be smoothed out. Once the smoothing process is done, you are now ready to be painted, glazed.  A vessel that has not been glazed could only be used once, because of bacteria. However, when a glazed vessel is washed with soap and water you can use it over and over again, because the bugs have no place to hide.

God has made some beautiful vessels. Taking the time to think about us, look upon us, sift us, walk on us, knead us, place His hand upon us, lead us through the fire, glaze us with His anointing, and finally place His Name on us.

Rev. 22:4 And they shall see his face; and his name shall be in their foreheads.

LET’S PRAY TOGETHER. Heavenly Father, thank You for molding and shaping me into the person You created me to be. I continue to press forward and look to You for my direction. You are my God and in You, I trust. Thank You also for the situations You have brought me out from; situations which have caused me pain and frustration but made me stronger in the end. I pray that Your Holy Spirit will guide my path. In Jesus’ name, I pray, Amen.