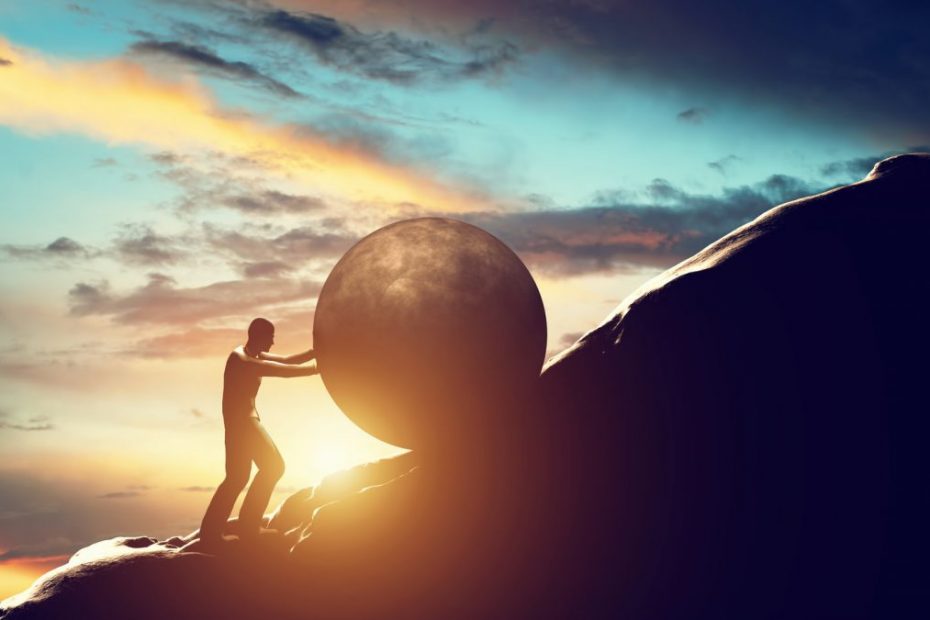 In 1996, a young marine corporal named Joey Mora was standing on a platform of an aircraft carrier patrolling the Iranian Sea. Incredibly, he fell overboard.  His absence was not known for 36 hours. A search and rescue mission began, but was given up after another 24 hours. No one could survive in the sea without even a lifejacket after 60 hours. His parents were notified that he was “missing and presumed dead.”

The rest of the story is one of those “truth is stranger than fiction” events.  Script writers would pass it up as “not believable.”  Four Pakistani fishermen found Joey Mora about 72 hours after he had fallen from the aircraft carrier. He was treading water in his sleep, clinging to a makeshift floatation device made from his trousers — a skill learned in most military survival training.  He was delirious when they pulled him into their fishing boat.  His tongue was dry and cracked and his throat parched.

Just about two years later, as he spoke with Stone Philips of NBC Dateline, he recounted an unbelievable story of will to live and survival.  Who would not give up?  He said it was God who kept him struggling to survive.  His discovery by the fishermen makes searching for a needle in a haystack a piece of cake.  The most excruciating thing of all?  Joey said that the one thought that took over his body and pounded in his brain was “Water!”

Hanging in there. Perseverance.

Perseverance is a noun meaning persistence in doing something despite difficulty or delay in achieving success.

A few years (or more) back, my younger brother was coming back home from the short time he lived in California. His GTO had been stolen while he was staying out there but the police had recovered it from the thief. Apparently, the guy had done some damage to it while driving around the streets of San Francisco, before he was apprehended. The car didn’t make it far on the trip back to New York. Battle Mountain, Nevada, was as far as he got.

The garages in the area were not inclined to do any work on his car without charging exorbitant fees. So, his sister, myself, came to the rescue. I had a 1966 Oldsmobile Starfire. It took me three days to get out there. Shortly after I started the trip I got sick. I started spitting up blood on day two, coughing non-stop. Nasty thing. But I persevered.

When I found the motel my brother was staying at, I found the room number and kicked the bottom of the door a couple of times since I was busy hacking away. He opened the door and I collapsed on the bed.

I will always remember what he said. “You are going to make me sick, aren’t you?”

I did. As he didn’t know there was a problem with his car that would preclude him driving 3,000 miles with it, I didn’t know there was a problem with my Starfire. Apparently a section of the cars body had come separated from the frame towards the back of the car. Therefore, we couldn’t tow my brother’s car very fast without things getting very squirrelly. We drove all the way back to the East going 20-30 miles per hour. It took ten days.

Repeat: Perseverance is a noun meaning persistence in doing something despite difficulty or delay in achieving success.

James 1:2-12 Consider it pure joy, my brothers and sisters, whenever you face trials of many kinds, 3 because you know that the testing of your faith produces perseverance. 4 Let perseverance finish its work so that you may be mature and complete, not lacking anything. 5 If any of you lacks wisdom, you should ask God, who gives generously to all without finding fault, and it will be given to you. 6 But when you ask, you must believe and not doubt, because the one who doubts is like a wave of the sea, blown and tossed by the wind. 7 That person should not expect to receive anything from the Lord. 8 Such a person is double-minded and unstable in all they do.

9 Believers in humble circumstances ought to take pride in their high position. 10 But the rich should take pride in their humiliation—since they will pass away like a wild flower. 11 For the sun rises with scorching heat and withers the plant; its blossom falls and its beauty is destroyed. In the same way, the rich will fade away even while they go about their business.

12 Blessed is the one who perseveres under trial because, having stood the test, that person will receive the crown of life that the Lord has promised to those who love him.

When it comes to travel, I think many of us want to go the fastest way possible to get to our destination as quickly as we can. Rest stops and food breaks are things that must be endured—impatiently. Our top priority is reaching our destination. This determination to reach our destination is not only of our travels, but also of our walk (or run) through life. We spend our days scurrying around trying to reach our goals while at the same time hoping that they won’t take much time or effort. But we learn sooner or later that things don’t happen as quickly as we want.

Life and our Christian walk are more like a marathon than they are a sprint. Every runner knows that if you are ever going to complete a marathon you need to have perseverance. Perseverance is what James writes about.

James tells us that we should be joyful when we encounter trials and tribulations. There are many things in life that give us joy, but we do not usually include difficult times on the list. But James says that joy should be our attitude in the midst of our struggles.

COVID-19 comes to mind. We are doing what we need to do to keep each other safe. Diligently, we wash our hands, wear our gloves and use hand sanitizer regularly and keep our masks on no matter how hot and stifling it becomes. Yet, many of us are tired of it all. We want it to be over. Others have grown impatient and push for things to be the way they used to be. The results are scary. The death toll is rising rapidly in those places that have succumbed to the need to reopen. We must persevere in our diligence to be safe and keep others safe to the best of our ability. It could mean the difference between life and death to our most at risk family members, friends and neighbors.

Now mind you, we aren’t thankful for the struggles themselves. We are not thankful for COVID-19!!! Rather, our thankfulness comes from the effect our struggles have on us building perseverance within us as it shapes our character and matures us. The difficult times in our lives are the times when we grow the most. We grow in maturity, and we become people of integrity, strength, compassion, and love.

James also challenges us to persevere and become doers of the Word and not simply hearers. We need to be authentic. People want to see that our faith goes beyond our words and influences our actions. They want to know that faith makes a difference in our lives.

The missions and ministries that God calls us on are never easy. They take patience and perseverance.

Perseverance is not a highly esteemed personal attribute in today’s society. We are people of the instant, now. We don’t want to wait. We want things to come quickly and to get to our perceived destination as soon as possible. Still we are called to persevere and to allow the Spirit to work in our lives. This is true in our personal lives where a favorite phrase is: “Please be patient. God is not through with me yet.”

Lord, bless us with strength that we may persevere.