In The Eye of The Storm 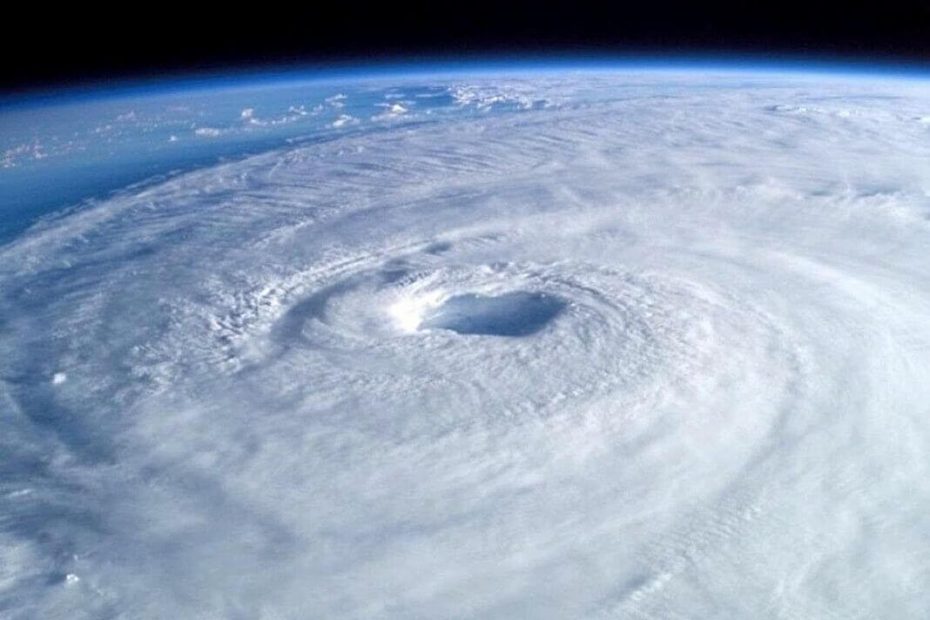 IN THE EYE OF THE STORM

Karina, Paulette, Sally, Teddy, and Vicky were all active named storms and hurricanes this past week formed in the Atlantic. The 2020 Atlantic hurricane season is an ongoing tropical cyclone season. The season officially started on June 1 and will officially end on November 30.

The eye is a region of mostly calm weather at the center of strong tropical cyclones. A typical tropical cyclone will have an eye of approximately 30–65 km (20–40 mi) across, usually situated at the geometric center of the storm. There is very little wind and rain, especially near the center.  It is surrounded by the eyewall, a ring of towering thunderstorms where the most severe weather and highest winds occur.

The way the eye and eye walls are formed is not fully understood. Hundreds of theories exist as to the exact process by which the eye forms. However, the stronger the storm the stronger the eye is.

On Earth, hurricanes can span hundreds of miles, bringing destruction whenever landfall happens. But on the Solar System’s giant planets, storms can far surpass anything seen throughout Earth’s history. On Saturn’s north pole lies a hurricane centered inside a hexagonal-shaped vortex. The hurricane’s winds reach 320 miles-per-hour. Jupiter’s Great Red Spot, known for nearly four centuries, could fit between 2-to-3 Earths inside of it, with winds exceeding 267 miles-per-hour.

Throughout the Bible, whirlwinds indicate the power and might of God. He is most often found in the storm.

His way is in the whirlwind and the storm, and clouds are the dust of his feet. Nahum 1:3

There are storms throughout the heavens. It has been theorized that the turbulence of a storm plays a critical role in creating the perfect conditions for the birth of planets. A recent study suggests that, within the quiet eye of the cosmic storm, dust can collect and get trapped, seeding the beginnings of planet formation.

When the storms of life rise up and begin pulling us under, when the whirlwinds of trial and tribulation begin to blow, we must enter the peaceful place of His presence in the eye of the storm.

God will use the turbulence of the storm to give birth to revelation and anointing. God is hidden deep in the middle of the whirlwind and the storms of life. So “that men would seek him and perhaps reach out for him and find him, though he is not far from each one of us. For in him we live and move and have our being.” Acts 17:27-28

The truth is that the eye of the storm is within each of us because we are His dwelling place.

We know David, this is the David we were taught about in Sunday School who stood up against Goliath, and with one smooth stone from his sling, he killed Goliath and caused the Philistine army to flee.

David was inspired by God to write what we know as the 23rd Psalm. We all need comforting sometimes. There are times we need some reassurance, and there are times we need to be encouraged. For me, the 23th Psalm is very comforting so I meditate on it and I want to remind you of the comfort and promises we receive from it. Reflecting on it centers me in the eye of the storm even when things are crazy out there.

For us there is nothing like the presence of Christ that takes away the fear, the panic, and the terror of the unknown, and because of this, we are able to lie down in green pastures. Green pastures represent the place of peace, the place of nourishment and contentment.

“He guides me along the right paths for his name’s sake.” Sheep get lost more than any other animal, and the shepherd must go out and find them before the sheep finds trouble. Because we live in the flesh at times we can lose our way. Because He has my best interest at heart, He leads me in the right paths because that is His character.

David says in verse 4, Even though I walk through the darkest valley, I will fear no evil, for you are with me; your rod and your staff, they comfort me. The Lord is our protection.

Valleys of deep darkness can cause much fear, but when you know that the Lord is your protection, you will not fear those dark times in your life.  David said we only walk through the valley. In other words, trouble doesn’t last always. David put it in Psalm 30, “weeping may endure for a night, but joy comes in the morning.”

“You prepare a table before me in the presence of my enemies; You anoint my head with oil; My cup runs over.” Not only is the table prepared, but it’s prepared in the face of our enemies. Our enemies are those who hate us, those who curse us, those who persecute and despitefully use us. All they can do is watch, and they can’t do anything to stop the flow of God’s blessings to you.

Not only is a table spread before us as our enemies watch, but God anoints our head with oil. The practice of anointing with perfumed oil was common among the Hebrews, and it was a sign of hospitality when a host would anoint the heads of his guest. The host would also fill the cups of his guest, and it was considered a kind gesture to fill their cups to the brim. David said the Lord will not only fill our cups to the brim, but He will fill them so much that they will overflow. God has an abundance of blessings and there are times that he blesses us so much that we don’t have room enough to receive them.

“Surely your goodness and love shall follow me all the days of my life, and I will dwell in the house of the Lord forever.”

John 14:16   And I will ask the Father, and he will give you another advocate to help you and be with you forever— 17 the Spirit of truth.