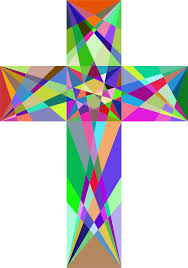 I have always loved learning. Mathematics was my favorite all time course work. Number, quantity, and space. I took every math course offered in college. It is fun and games and a blast. Algebra, trig, geometry, calculus. Theorems and proofs. You name it. I remember scoring the second highest in my calculus and analytical geometry course final among several hundred math majors. There is pure math and applied math such as physics and cosmology. My mind applies math to my everyday life. Playing piano is math. Managing all aspects of the food pantry is math. Driving a car is all about math.

I’m in the mood for a little math today. Don’t get scared.

So, how about a little Geometry. It is, with arithmetic, one of the oldest branches of mathematics. It is concerned with properties of space that are related with distance, shape, size, and relative position of figures. There is an interesting thing about geometry. There is an application in geometry called a geometry proof. It is an argument that begins with known facts, proceeds from there through a series of logical deductions using  postulates, axioms, and theorems and ends with the thing you’re trying to prove.

So, let’s start with the Geometry lesson for today. Let’s prove the existence of God.

A postulate is assuming the existence of something as a basis for reasoning, discussion or belief.

So, here is a simplified postulate arguing that God exists. It is illogical to say that something has no cause. When we consider the evidence that there are things which exist, it’s logical that either something or someone caused it. Even the Big Bang theory explaining the beginning of the universe doesn’t explain how there was anything present for a Big Bang to occur. What set off the Big Bang anyway? Sir Fred Hoyle, the English astronomer and mathematician at the Institute of Astronomy at Cambridge who actually coined the term “Big Bang” Theory, once said, “The odds of even the simplest cell forming by chance are like believing that a tornado sweeping through a junkyard could assemble a Boeing 747 from the materials therein.”

If something didn’t cause the universe to form, then there must be someone. That someone has to have always existed and is eternal and is in themselves unborn or uncreated.

We don’t have to understand this in order for it to be so. I don’t understand how brutal dictators can order the killing of millions of innocent people but it is so.

It is perfectly reasonable to think about these things even though it is difficult to comprehend. I believe that faith and thinking are compatible.

Romans 1:20 For since the creation of the world God’s invisible qualities—his eternal power and divine nature—have been clearly seen, being understood from what has been made, so that people are without excuse.

Let’s continue the lesson. An axiom is a statement or proposition which is regarded as being established, accepted, or self-evidently true.

There is a crazy amount of evidence that the world was designed. It’s right in front of us. The discovery of the Human Genome Code was announced to the world as the discovery of the language of the Creator by President, Bill Clinton. What scientists discovered was an extremely complex genetic language necessary for even the simplest life forms to exist. To believe that this level of apparent design happened either randomly or by chance is a mathematical equation of probability with more zeros than I am going to type. Creation itself is evidence of a Creator.

Psalm 19:1 The heavens declare the glory of God; the skies proclaim the work of his hands.

The complexity and balance of the universe and interdependence of all things point to the following axiom. The universe has been designed that way. There is a creator. There are just too many coincidences of just rightness for it to be a random coincidence. The earth is just the right distance from the sun. It contains just the right mixture of chemicals and gases to sustain life. Humans have just the right ability to breath these gases. The human body has just the right internal organs to function, and so on.

If you stumbled across a watch in a field, even if you had never seen a watch before, you could discern from its inner workings and intricate design, that there must be a watch-maker. A worm didn’t poop it out.

Genesis 1:27 So God created man in His own image, in the image and likeness of God He created him; male and female He created them.

A man wrote: “Dear Abby, I am in love and I am having an affair with two different women other than my wife. I love my wife but I love these other women too. Please tell me what to do, but don’t give me any of that morality stuff.” Signed: Too much love for only one.” Abby wrote: “Dear Too much love for only one. The only difference between humans and animals is morality. Please write to a Veterinarian.”

Each of us are born with an innate sense of morality. We each basically know what is right and wrong. This points to the confirmation that all of creation bears the stamp of a Creator who is deeply good and right. We each share a knowledge of what is right and wrong not just because we are taught to accept these values, but because we are born with them.

Let the Geometry lesson continue. A theorem is a general proposition not self-evident but proved by a chain of reasoning; a truth established by means of accepted truths.

The evidence of Creation and Cosmology reveal that an eternal, immeasurably powerful and intelligent Creator must exist. The evidence of a moral code shines a light on the nature and character of our Creator that God is good.

Our moral values like honesty, integrity, compassion, self-sacrifice, kindness, and goodness are all grounded in the nature of God. God himself is the source of moral rightness and his commandments; treat others as you would want to be treated, care for orphans and widows, help the weak, don’t lie, cheat or steal, are reflections of his nature. God is good and, therefore, we have a reason to be good too. Like the psalmist says, “You made me; you created me. Now give me the sense to follow your commands” Psalm 119:73

This ends the Geometry lesson.

Psalm 33:6-9 By the word of the Lord the heavens were made, their starry host by the breath of his mouth. 7 He gathers the waters of the sea into jars; he puts the deep into storehouses. 8 Let all the earth fear the Lord; let all the people of the world revere him.9 For he spoke, and it came to be; he commanded, and it stood firm.