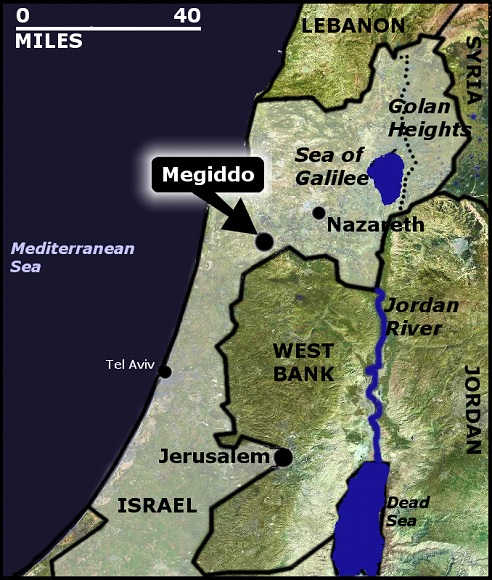 Revelation 16: 16 And he gathered them together into a place called in the Hebrew tongue Armageddon. 17 And the seventh angel poured out his vial into the air; and there came a great voice out of the temple of heaven, from the throne, saying, It is done.
Armageddon, (probably Hebrew: “Hill of Megiddo”), in the New Testament, place where the kings of the earth under demonic leadership will wage war on the forces of God at the end of history. Armageddon is mentioned in the Bible only once, in the Revelation to John, or the Apocalypse of St. John (16:16).
The Palestinian city of Megiddo, located on a pass commanding a road connecting Egypt and Syria, is the scene of many military encounters.