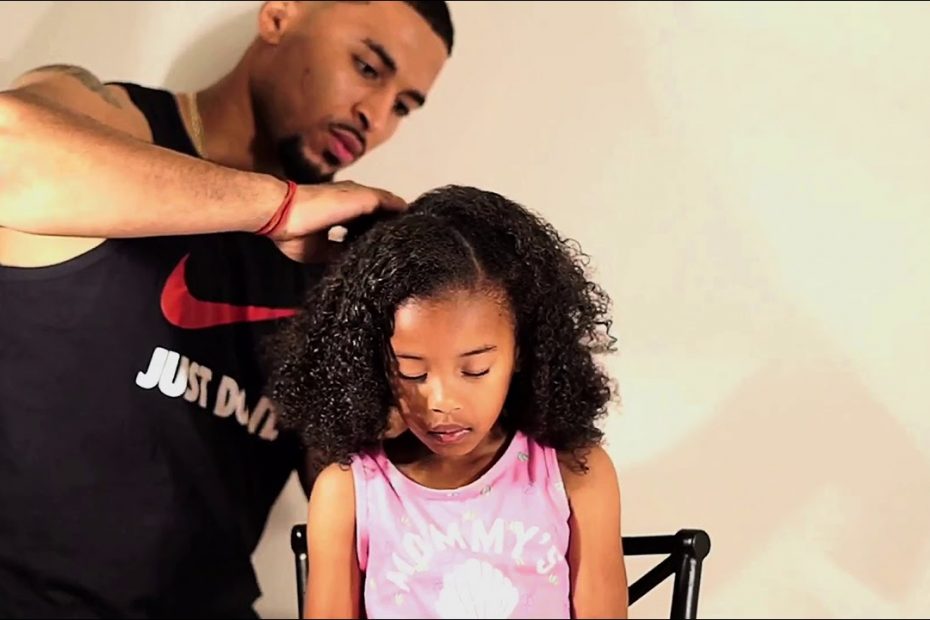 Heather Muir tells a story about her Father. “When my mom was at work and my dad was on the night shift, he’d be in charge of doing my (super curly) hair in the morning. I wanted a Topsy Tail so badly, so my dad made one for me, using duct tape and a piece of plastic from a brown hanging basket. It worked perfectly.”

We all have special memories we cherish. My Dad always called me his A  Number 1 helper.

So God Made a Father, Written by May Patterson

At the dawn of time, God looked down on all He had made and said, “Now, I need a caretaker.”

God said, “I need someone to teach children to fish, and to ride a bike without training wheels, and to play catch in the backyard. It must be someone who’s tough enough to run a chainsaw and wield a machete and yet, gentle enough to join his little girl and her dolls for tea.”

“I need someone to bring the car around when it’s raining, so everyone else can stay dry. Someone who will keep jumper cables in his truck, just in case he needs to help a stranger. I need someone to notice practical things, like how the tread on the tires is wearing and if the weather stripping around the front door needs replacing, for no one else will.”

“I’ll create someone who’s strong enough to open a tightly sealed jelly jar and tall enough to place the angel on top of the Christmas tree. Someone who will be gracious enough to let his son fish the best fishing hole or to let his daughter win at least one hand of gin rummy.”

“Yes, he will struggle to find his glasses and keys,” God thought. “But I’ll help him find time for the important things, like tumbling with the kids in the den floor, or saying ‘I’m proud of you, son,’ or giving Mama a hug.”

God said, “I need someone brave enough to carve the Thanksgiving turkey, for no one else seems to want the job. Someone who’s not afraid to go into Grandma’s dark cellar, or to check on what goes bump in the night, or to remove the dead mouse from the mousetrap.”

“I need someone wise enough to know when to let his child fail. Someone who will pick her up, dry her tears and say, ‘Honey, I know you can do it! Give it another try.’”

“I need someone who listens more than he talks. Who will stand by his family through laughter and tears, tornadoes and snowstorms, good times and bad. Someone who will love his kids and love their mother even more.”

“I need someone who is willing . . . willing to man up and provide the love, support and strength his family will so desperately need.”

“Sometimes, he will not feel worthy of the love his family gives him. There will be times when he fails to live up to my ideal standard. But when his family needs him, he will show up, or give up, or do whatever needs to be done.” “Yes, that’s exactly what I need,” thought God as He shook His head. “A father to love my children, and if necessary, to lay down his life for them. Someone . . . well, someone like Me.”

Father’s Day was founded in Spokane, Washington at the YMCA in 1910 by Sonora Smart Dodd, who was born in Arkansas. Its first celebration was in the Spokane YMCA on June 19, 1910. Her father, the Civil War veteran William Jackson Smart, was a single parent who raised his six children there. After hearing a sermon about Anna Jarvis‘s Mother’s Day at Central Methodist Episcopal Church in 1909, she told her pastor that fathers should have a similar holiday honoring them. Although she initially suggested June 5, her father’s birthday, the pastors of the Spokane Ministerial Alliance did not have enough time to prepare their sermons, and the celebration was deferred to the third Sunday of June.

Americans resisted the holiday during a few decades, perceiving it as just an attempt by merchants to replicate the commercial success of Mother’s Day, and newspapers frequently featured cynical and sarcastic attacks and jokes. But the trade groups did not give up: they kept promoting it, and they eventually succeeded.

In 1966, President Lyndon B. Johnson issued the first presidential proclamation honoring fathers, designating the third Sunday in June as Father’s Day. Six years later, the day was made a permanent national holiday when President Richard Nixon signed it into law in 1972.

Your Heavenly Father promises you:

He will never leave you or abandon you. Hebrews 13:5 God has said, “Never will I leave you; never will I forsake you.”

God has reserved a place for you at His table. Ephesians 2:6 And God raised us up with Christ and seated us with him in the heavenly realms in Christ Jesus

He will give you strength when you are weak. Isaiah 40:29 He gives strength to the weary and increases the power of the weak.

The Lord will love you always. Psalm 118:1 Give thanks to the Lord, for he is good; his love endures forever.

God will protect you. 2 Thessalonians 3:3 But the Lord is faithful, and he will strengthen you and protect you from the evil one.

He will help you keep going. Psalm 54:4 Surely God is my help; the Lord is the one who sustains me.

The Lord will comfort you in hard times. Psalm 23:4 Even though I walk through the darkest valley, I will fear no evil, for you are with me; your rod and your staff, they comfort me.

He will give you everlasting life. John 6:40  For my Father’s will is that everyone who looks to the Son and believes in him shall have eternal life, and I will raise them up at the last day.

This Father’s Day, remember to honor your Heavenly Father, first. Then be sure to honor your earthly father (or a father you love).