The Power of The Tongue 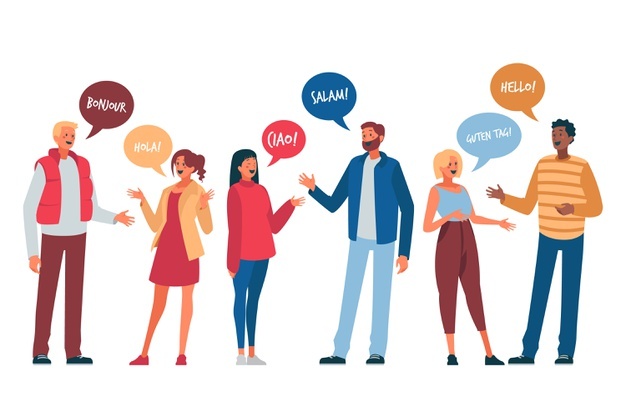 Death and life are in the power of the tongue.” Proverbs 18:21

The average person spends one-fifth of his or her life talking.

If all our words were put into print, the result would be this: a single day’s words would fill a 50-page book, while in a year’s time the average person’s words would fill 92 books of 200 pages each! Among all those words there are bound to be some spoken that shouldn’t have been.

When was the last time your mouth got you in trouble? Have you ever said something you wish you hadn’t? What is the most hurtful thing anyone has ever done to you? It might be some horrible words that were spoken to you.

When we speak those kinds of words we often wish we could simply reach out and grab them and pull them back in. But as you know that’s impossible. Once we have spoken them the damage is done. We can say that’s not what I meant. It doesn’t matter. We can say I was angry. I was upset. We can apologize. But the damage is done.

James 3 Not many of you should become teachers, my fellow believers, because you know that we who teach will be judged more strictly.

He says not many of you should be eager to become teachers of the Bible for this reason. You will be judged with more strictness. What you say exerts influence over others. Therefore, it is important that a teacher of God’s Word be faithful to the Word, influencing people for the good and not to the bad. Bible teachers will be judged by God and also by those who hear them teach. James doesn’t say this to discourage those who want to teach. He simply wants all of us to take this responsibility seriously. Teachers must practice what they teach. Teachers must be careful what they say with both their words and life. If a doctor neglects his own health; if an accountant can’t balance his checkbook; if an attorney violates the law, it contradicts what they stand for.

2 We all stumble in many ways. Anyone who is never at fault in what they say is perfect, able to keep their whole body in check.

James uses the word “we.” He acknowledges he too makes mistakes with his words. All of us do. The verse teaches that if a person disciplines his tongue he can control his whole body as well. If we can bring the tongue under control we will be able to keep other areas of life in check as well. The tongue is our biggest problem.

What we say and often what we don’t say are very important. Sometimes it is about saying the right words at the right time but it is also about controlling your desire to say something you shouldn’t.

The untamed tongue. One that is out of control. Here are some examples: when we gossip, when we are critical, when we are bragging, manipulating, false teaching, complaining, flattery, lying, spreading false words and rumors.

In 1997 someone started a rumor about Gerber products, the baby food company. Someone stated that Gerber had been involved in a class action lawsuit and would give a $500 check to families who have children and had used their products. Well, who didn’t use Gerber baby food? Supposedly all the parents had to do to get the money was to send in a claim form with a copy of their child’s birth certificate by a certain date.

The rumor caught fire. Notices were posted in hospitals. Notes were sent home with children by school teachers. It was everywhere. Gerber posted notices on the Internet, tried to track down the rumors, called the media but in a three-week period before the deadline they received 18,000 phone calls and it ended up costing them millions of dollars. All because someone started a prank,a rumor. You can read about it in the Chicago Tribune September 27, 1997 issue.

How can something as small as the tongue cause so much damage? James gives us three illustrations of how this works.

3 When we put bits into the mouths of horses to make them obey us, we can turn the whole animal.

To tame the horse James tells us that all you need to accomplish this task is a small bit you place in the horse’s mouth over its tongue. From that point on the rider pulls on the reins that are connected to the bit and the rider can control the massive animal. Horses are measured by the hand. A stallion could be 17 hands tall yet the six-inch bit can control him.

4 Or take ships as an example. Although they are so large and are driven by strong winds, they are steered by a very small rudder wherever the pilot wants to go.

James most likely did not imagine the huge ships of today but they still operate under the direction of a rudder. And by comparison to the size of the ship, the rudder is still very small.

5 Likewise, the tongue is a small part of the body, but it makes great boasts. Consider what a great forest is set on fire by a small spark. 6 The tongue also is a fire, a world of evil among the parts of the body. It corrupts the whole body, sets the whole course of one’s life on fire, and is itself set on fire by hell.

The Pacific Gas and Electric Company (PG&E) has stated that it believes the California Dixie Fire may have been started by its equipment, sparking the fire close to where the 2018 Camp Fire originated. A minor power outage was detected on the morning of July 13, 2021 and a PG&E maintenance worker arrived to find a fallen tree on a live power line which had started a small brush fire. Cal Fire sent aircraft to drop water on the fire while ground crews tried to reach the site, but were delayed by poor roads. An illegal drone appeared over the fire and forced a premature halt to aircraft operations, which may have “played a major part in the blaze burning out of control after darkness fell.”

It is on its way to becoming the largest wildfire in California’s history. It has burned 914,655 acres and is only 58% contained.  It has destroyed more than 900 structures, including homes, business and other buildings.

James says, “See how a great forest is set on fire from a small spark!” Just a few words, just a spark can cause years of heartache. A few words can ruin a reputation. A few wrong words can wreck a friendship. With a few words, you can embarrass, with a few words you can humiliate someone. With one statement, we can destroy someone’s life. James says no man can tame the tongue. It is always ready to pour out its deadly poison.

7 All kinds of animals, birds, reptiles and sea creatures are being tamed and have been tamed by mankind, 8 but no human being can tame the tongue. It is a restless evil, full of deadly poison.

James mentions four different classes of animals. Those that walk, those that fly, those that crawl and those that swim. Genesis 9:2. Elephants can be tamed, snakes can be charmed, we can go to SeaWorld and see animals such as a whale, a porpoise, dolphins and see them tamed yet we cannot tame our own tongues. He says the tongue is a restless evil, always busy causing problems.

9 With the tongue we praise our Lord and Father, and with it we curse human beings, who have been made in God’s likeness. 10 Out of the same mouth come praise and cursing. My brothers and sisters, this should not be. 11 Can both fresh water and salt water flow from the same spring? 12 My brothers and sisters, can a fig tree bear olives, or a grapevine bear figs? Neither can a salt spring produce fresh water.

David prayed in Psalm 141:3 set a guard Lord over my mouth: keep watch over the doors of my lips.

We can praise God right now and in less than an hour we can be cursing the driver who just cut us off in traffic. It is about consistency. One spring can only produce one type of water. A tree produces one kind of fruit. We don’t go to an apple tree to get an orange. Nature is consistent. God is consistent. Our tongues are not.

Here are some thoughts. These are directed to me as much as they are to you. This is an area where all of us struggle.

Never say anything about someone that you would not say to their face.

Never say anything hurtful about someone unless they are there to respond.

Refuse to listen to someone else gossip. Most gossip would end if we would simply refuse to hear it.

I – Is it inspiring?

N – Is it necessary?

When you go to your doctor, one of the first things they ask you to do is stick out your tongue. The tongue can tell them a lot about your physical condition. The tongue can also tell us a lot about our spiritual condition as well. It tells us what we are like on the inside. Jesus said out of the abundance of the heart the mouth speaks.

The Chinese have a proverb that says what’s down in the well comes up in the bucket. We may say something and we think where in the world did that come from? It came from right here. It came from something hurtful someone said to you, years ago, perhaps, or it came from something you read or you heard. Something from television. A book. Whatever you fill yourself up with that is what is going to come out. Junk in. Junk out.

Proverbs 21:23 “He who guards his mouth and his tongue keeps himself from calamity.”

I like this quote. Abraham Lincoln said, “It is better to remain silent and be thought a fool, than to open your mouth and remove all doubt.”