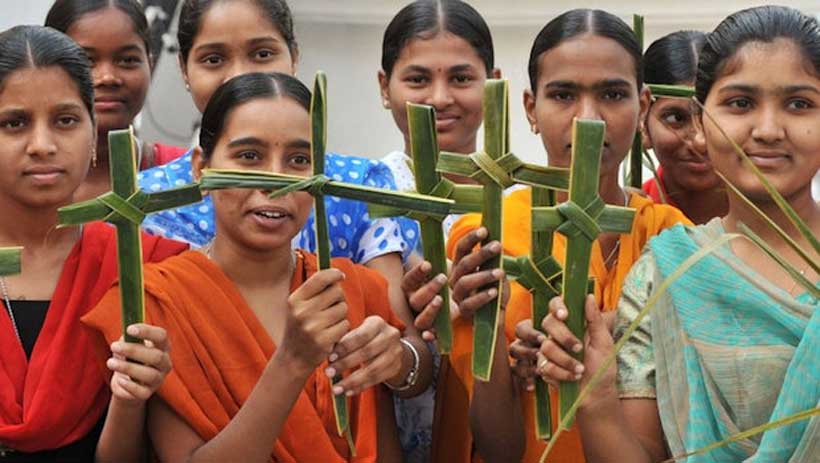 Hebrews 12:10-11 God disciplines us for our good, in order that we may share in his holiness. 11 No discipline seems pleasant at the time, but painful. Later on, however, it produces a harvest of righteousness and peace for those who have been trained by it.

Discipline is the “intentional suffering” that is imposed on us to achieve a greater goal. In other words, discipline is not punishment. It is a learning and growing process.

We live with a generation of people who believe they deserve everything without having to give anything. I see and hear it every day in advertising. A product is flashed in your face with the message, you want it and you deserve it. Whatever the advertiser is trying to sell you, it is bigger and better than what your neighbor has. It’s all about Me, Me, Me.

Luke 12:15 Then Jesus said to them, “Be careful and guard against all kinds of greed. Life is not measured by how much one owns.”

If we get everything we want and feel we deserve, we never learn the value of things. It’s valuable to learn the lesson of being joyful for what you have instead of constantly whining about what you don’t have.

A momma giraffe was taking care of her offspring. Shortly after he was born she went over and kicked him. It looked like she was really hurting her baby. Then she did it again. Each time, the little giraffe would get up on his wobbly legs and try to walk. Still she continued kicking him. Finally, he got up quickly and ran away from her kicks.

Why does the mother giraffe do that you ask? The answer is, the only defense the giraffe has against predators is its ability to get up quickly and to outrun it. If it can’t do that, it will soon be a predator’s lunch.

While it looked like this giraffe was doing a cruel thing, it was really the most loving thing this mother could do for her offspring. And sometimes discipline is the same way.

Hebrews 12: 10-11 God disciplines us to help us, so we can become holy as he is. 11 We do not enjoy being disciplined. It is painful, but later, after we have learned from it, we have peace, because we start living in the right way.

The missionaries, Joyce and Bill Scott, who invited my daughter, Mary, and myself to India to celebrate their 50th year in ministry in that country, were very wise. They directed our mission trip so that we didn’t die (which we would have very quickly on our own) at the same time allowing us to experience reality.

I needed the wakeup call. I was 50 years old when I entered the real world of India. It was not only a culture shock, it was painful. I had never identified myself as being one of the privileged. Describing my economic position during my lifetime, I would assign a low to lower middle income. Being a product of the 70’s college scene, human rights was a given concept in my thinking.

The Caste system existed in India. It is a very strict economic and social definition of who you are, what you are allowed to do, and how you fit into that society. I had heard the Caste system was abolished in India. Trust me, it is well. We learned of a ten-year old boy being quartered (a method commonly used in India to show distain towards the victim) because he was of a lower caste and had made the mistake of walking in the field of a higher caste family.

I am, indeed, very privileged. The freedoms and protections I enjoy every day, I had taken for granted. Yes, I had read the news. I knew bad things happened, but until I experienced it, I didn’t understand that this is a way of life for many people. There is no respect for life as we know it. People and animals are treated with no respect unless you are of the right class or somebody thinks the animal is their dead relative reincarnated.

1% of India’s population is Christian. 99% of the population believes women and children are property. If a husband is not pleased with his wife for whatever reason, there is a practice called wife burning. The husband has his mother come to his home when his wife is cooking dinner and sets her on fire. When it is time for a wife to give birth, she leaves the home and comes back when the baby is born. Males are preferred so a man may tell the wife to not bring the baby home if it is not a male. She does what he tells her to do. We walked in a field outside a hospital that was reputed to be a graveyard for babies. A Christian group was given a rare opportunity to buy the field to build a place for worship. We contributed to help them achieve their goal.

All these atrocities were hard for me to experience. At the same time, I saw first-hand the amazing work of God’s Holy Spirit. It hadn’t taken me more than a few hours after landing in India to question my decision to bring my daughter with me to such a culture. And yet, as unsafe as we felt and were in the presence of males who were Hindu and Muslim, when that male accepted Jesus in his heart and became Christian, that man, who was a stranger, was our brother. Just as safe and secure I felt with my Christian brothers in Enfield, I was reassured by the presence of my Indian Christian brothers. In India, those brothers were very attentive to the safety of their Christian family. The transition from being a Fundamentalist Hindu or Muslim to being Christian is unbelievable except by the power of the Holy Spirit.

On a Sunday morning, Mary and I and Pastor Dan from Denver, got in a rickshaw and headed to a church in one of the outer slums of Chennai. We gave the driver the address of the church. There are 23 official languages in India (there are actually over 1200 languages spoken). Communication can be sketchy. The driver assured us he knew where our destination was. It took us 15 or 20 minutes longer to get there than we had anticipated so when we got to our destination the service had already started. We walked over a bridge of sorts that crossed the open ditch of sewage and entered an adobe like building where many people were sitting on the floor. The Pastor was on a small platform at the head of the church. When we entered, the Pastor stopped talking and stepped down to meet us. He, with some others, stood up to welcome us, scrounged up several chairs and placed them on the elevated area in front of the church and encouraged us to sit. It was a fun service with a lot of singing. The children were sitting together in the front perfectly attentive. Pastor Dan was invited to preach the message while a man translated for him after every sentence or so.

We had been instructed not to put more than 30 or 40 rupees in the collection because that would be considered a very large donation and it was important to not insult those who could only give a rupee or two.

At the end of the service, it was determined after a brief discussion much to our surprise that we had inadvertently stopped at the wrong church. We had been so warmly welcomed and included in the church body that we didn’t have the foggiest idea we were not expected. It made me think. The chance of being welcomed that way in any of our churches is hard to picture. Many of our churches are quick to judge by preconceived ideas, judgmental and closed off to others.

They had welcomed us, clearly foreigners who didn’t belong. It has made me much more open to those who aren’t like me and who are different in any number of ways. Those who dress differently, speak other languages, have different ways of speaking and dealing with others. If they come across abrasive or are hard for me to deal with, it doesn’t matter to me because it may be normal for them. I don’t take offense easily.

Social and economic status means nothing to me anymore. I met some wonderful people who knew and loved the Lord and served Him with all their hearts who had nothing more than a rag for clothing and a piece of cardboard for a home.

I saw ministry that we might call street ministry in this country. Serving the Lord doesn’t have to take place behind four walls in a structured, completely organized fashion. It can even happen at a food pantry.

I am one of the world’s privileged. I came home from India grateful to live in the United States. To appreciate all that means. To have freedoms and protections that many in the world can’t imagine any more than I could imagine what it is really like to live in India.

Revelation 3:1-6 To the Church in Sardis “To the angel of the church in Sardis write: These are the words of him who holds the seven spirits of God and the seven stars. I know your deeds; you have a reputation of being alive, but you are dead.  Wake up! Strengthen what remains and is about to die, for I have found your deeds unfinished in the sight of my God.

Remember, therefore, what you have received and heard; hold it fast, and repent. But if you do not wake up, I will come like a thief, and you will not know at what time I will come to you.  Yet you have a few people in Sardis who have not soiled their clothes. They will walk with me, dressed in white, for they are worthy.  The one who is victorious will, like them, be dressed in white. I will never blot out the name of that person from the book of life, but will acknowledge that name before my Father and his angels.

Whoever has ears, let them hear what the Spirit says to the churches.