Pray for the President 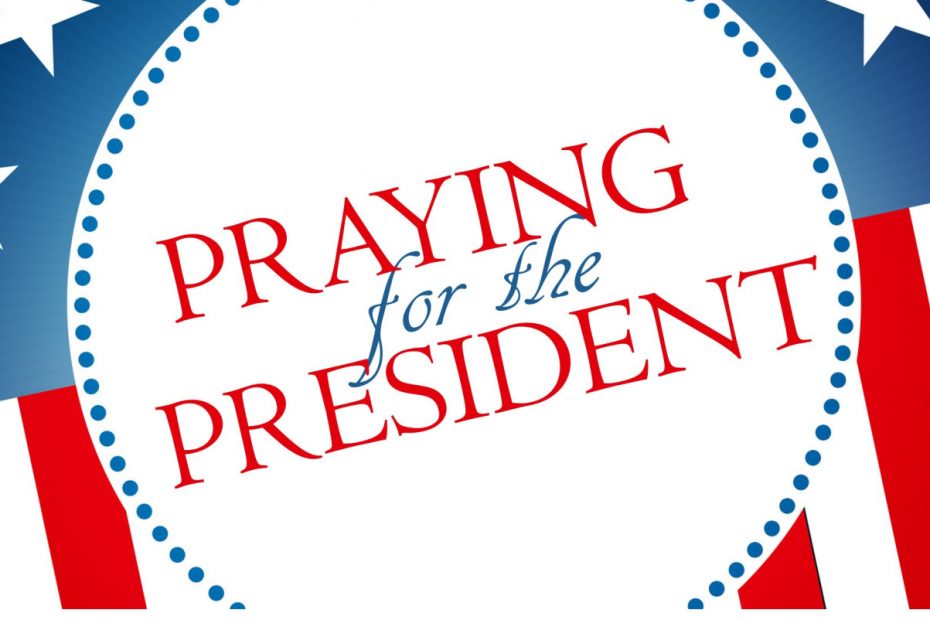 Nowadays, the subject of politics is a touchy one. Both sides of the aisle are passionate about their convictions. But I’m game. Here goes.

The impeachment of Donald Trump, the 45th President of the United States, occurred on December 18, 2019, when the House of Representatives approved articles of impeachment on charges of abuse of power and obstruction of Congress. Trump was acquitted on these two counts of impeachment on February 5, 2020.

Only two United States presidents have been formally impeached by Congress: Andrew Johnson and Bill Clinton. President Nixon resigned rather than go through impeachment trial. But no president has ever been removed from office by means of the impeachment process.

Impeachment is a legal statement of charges that is equivalent to an indictment in criminal law. When someone is indicted, they are formally accused of or charged with a serious crime. That’s the basis of the impeachment of a president. His accusers believe that they have caught him acting without integrity.

The National Prayer Breakfast, held in the Hilton’s International Ballroom, is typically attended by some 3,500 guests, including international invitees from over 100 countries. It is hosted by members of the United States Congress and is organized on their behalf by The Fellowship Foundation, a Christian organization. The National Prayer Breakfast is a yearly event held in Washington, D.C., usually on the first Thursday in February. The founder of this event was Abraham Vereide. The event—which is actually a series of meetings, luncheons, and dinners—has taken place since 1953 and has been held at least since the 1980s at the Washington Hilton on Connecticut Avenue NW.

The House of Representatives National Prayer Breakfast group met on February 6, 2020, the day following the acquittal of Donald Trump. Their prayers and opening remarks echoed the larger theme of the prayer breakfast this year, which centered on Jesus’s commandment to love your enemies.

Speaker of the House Nancy Pelosi led a prayer for those suffering religious persecution around the world, including Muslims, Buddhists, Christians and those from other faiths. House Speaker Nancy Pelosi, a Democrat from California, had said throughout impeachment proceedings that she was praying for Trump.

The event’s keynote speaker, Harvard University professor and author Arthur Brooks urged those in attendance not to let their disagreements over politics lead to contempt. Brooks recalled speaking to a group of conservative activists and telling them their political opponents were neither evil nor stupid. That line, he said, did not get much applause.

Brooks also said Jesus asked his followers to love their enemies—not just tolerate them. Putting that into practice, he admitted, is hard. Brooks asked the crowd, “How many of you love somebody with whom you disagree politically?” Many people in the audience raised their hands. Trump, sitting a few feet away from Brooks, did not.

When Brooks finished his speech on mending political division by “loving your enemies,” the president approached the podium and opened his remarks by lamenting that he and his family “have been put through a terrible ordeal by some very corrupt and dishonest people.”

“I don’t like people who use faith for justification for doing what they know is wrong, nor do I like people who say ‘I pray for you’ when they know that is not so,” said Trump (I believe that might have been a reference to Pelosi’s statement that she was praying for the President throughout the impeachment process).  A noticeably frustrated Trump used the bulk of his speech at the multi-faith religious gathering to champion his administration’s achievements on religious matters, but also to scold political opponents who challenged him during the recent impeachment process.

While expressing gratitude for people in the room, Trump appeared to go off-script at the end to make a point that sometimes religious Americans “hate” people.

“I’m sorry, I apologize. I’m trying to learn,” he said, appearing to return to the question posed by Brooks. “When they impeach you for nothing, you’re supposed to like them? It’s not easy, folks. I’m doing my best.”

Whether you are the President or any other person on the planet, loving your enemies is not easy. Not easy for any one of us.

The recent division in the United States over President Trump’s impeachment was on the minds of attendees and organizers alike. Several mentioned the theme of the day was especially timely–and that gathering people together around tables to talk and get to know each other is one way to defuse some of the tensions in the country.

Civil rights legend and Georgia Congressman John Lewis, who is battling cancer, gave the benediction by video, while attendees joined hands and bowed their heads. He said the country needed peace, “now more than ever before.” Lewis asked God to bring the country together and prayed Americans would treat each other as “brothers and sisters.”

In his prayer, Lewis recalled facing death when he was beaten while crossing Edmund Pettus Bridge in Selma, Alabama on a Civil Rights march. “I never hated the people who beat me, because I chose the way of peace, the way of love, the way of nonviolence,” Lewis said.

He said he never gave up, because God helped him. And he urged attendees to become one family. “We must believe in one another,” he said. “We must never give up on our fellow human beings.”

1 Timothy 2:1-4 I urge, then, first of all, that petitions, prayers, intercession and thanksgiving be made for all people— 2 for kings and all those in authority, that we may live peaceful and quiet lives in all godliness and holiness. 3 This is good, and pleases God our Savior, 4 who wants all people to be saved and to come to a knowledge of the truth. If we do not pray for the president, we are disobeying God’s command. The king at the time Paul wrote this epistle was Nero, who was an unbeliever and Paul specifically told his readers to pray for him. Nero having burned Rome in 64 A.D. blamed Christians for the fire and had set out on a campaign of brutal persecution against Christians.

None of us are perfect. While some of us may disagree with the president’s policies, we stand with him before God. “If we say that we have no sin (nature) we deceive ourselves” (I John 1:8). The Bible teaches that in the last days before Christ calls out His Church, the world would become more and more dangerous with each passing day, perilous times Paul calls it, in 2nd Timothy 3: 1. But mark this: There will be terrible times in the last days.

This is a perfect description of the time in which we are now living. It is during times like these that we certainly need to become people of prayer – prayer warriors. We are to pray for our needs and the church’s needs but our prayers are to extend far beyond the walls of the church. The call to prayer for our leaders and our nation is clear from the Bible.

Ezekiel 22:30 “And I sought for a man among them, that should make up the hedge, and stand in the gap before me for the land, that I should not destroy it: but I found none.”

The very thought of praying for our enemies is difficult. This means that we are to pray for them: no matter how good or bad they are, no matter what political party they belong to (Democrat or Republican), no matter whether they are conservative or liberal, no matter how moral or immoral they may be, no matter how just or unjust they might be.

Daniel 2:21 He changes times and seasons; he deposes kings and raises up others. He gives wisdom to the wise and knowledge to the discerning.” We are to realize that the hearts of our leaders are in God’s hands. Proverbs 21:1 In the Lord’s hand the king’s heart is a stream of water“.