The Ride into Jerusalem 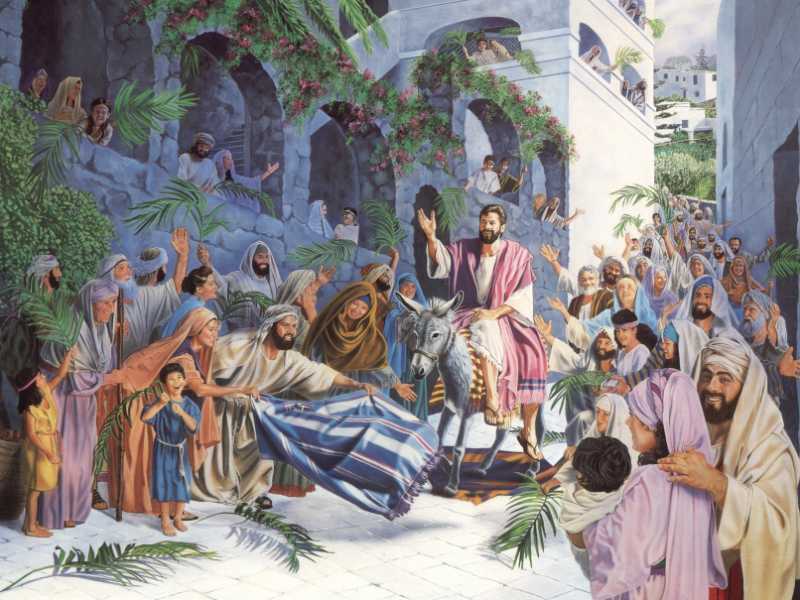 THE RIDE INTO JERUSALEM

Abraham Lincoln actually created the Secret Service on the day of his assassination, but it wasn’t until decades later that Secret Service agents took on the task of protecting the president. Today, the agency protects President Donald Trump, both in Washington and anywhere else in the world that he travels.

Secret Service agents scope out the president’s destination months ahead of time. There, they meet with local law enforcement agencies to work out the logistics of the trip. They must clear airspace at the airport during the president’s arrival. They also need to request a motorcade route through town. Plus, they need to identify nearby trauma hospitals. They look for the most serious category of possible threats. Those come from people who have threatened the president in the past and have the capability to carry out the threats.

Rulers throughout mankind’s history, including the rulers of the ancient world, wanted everyone to know how powerful they were. The language of power was one which they could all speak. This was true of the Roman powers which ruled over almost the entire Western world at the time of Jesus, and it was true of the regional powers over Judea and the local powers in Jerusalem. The Judean King Herod Antipas would lead a procession into the city of Jerusalem at the beginning of the feast of Passover through the eastern gate each year. This procession was designed to strike awe in the visitors who filled the city to the brim to celebrate the festival. The king would ride a mighty war horse, armor polished to gleam in the sunlight, with an escort of over a hundred armed soldiers and his most powerful nobles. The presence of Roman soldiers and his reception by Pilate guaranteed that everyone knew who the power really was behind the throne. I once witnesses a drama at church, which included some friends I knew well, who wore recreations of a Roman soldier’s uniform. It was very intimidating and, I’ll admit, scary.

Since the city of Jerusalem was the heart of the nation from whom pilgrims were gathered, the king was the center of attention for the nation as well. As he entered, he would be greeted with the words the pilgrims sang to each other and with which the priests blessed them, from Ps. 118:26, “Blessed is he who comes in the name of the Lord! We bless you from the house of the Lord.”

Before the Babylonian exile, this psalm was an enthronement psalm, sung to praise God for giving the people a righteous and just king. But we know from the Gospels that Herod Antipas was far from righteous or just. What was supposed to be a festival of praise for the deliverance from Egypt which God accomplished, and all the acts of deliverance since, had become a display of power for the Judean King and his Roman overlords. The nobles, religious leaders, and Roman officials all lived wary of palace intrigue or threats to their power from popular upstarts.

It was into this precarious political situation Jesus entered. He knew exactly the danger that he was walking into. In fact, during his visit at the same time the year before, some of the Pharisees warned him that Herod had heard about the throngs he was attracting with his teaching and manifestations of power, and he responded to them in Luke 13: 32-35.  “Go and tell that fox, ‘Behold, I cast out demons and perform cures today and tomorrow, and the third day I finish my course. Nevertheless, I must go on my way today and tomorrow and the day following, for it cannot be that a prophet should perish away from Jerusalem.’ O Jerusalem, Jerusalem, the city that kills the prophets and stones those who are sent to it! How often would I have gathered your children together as a hen gathers her brood under her wings, and you were not willing! Behold, your house is forsaken. And I tell you, you will not see me until you say, ‘Blessed is he who comes in the name of the Lord!’”

Jesus returns to Jerusalem for the final time. This time, he doesn’t enter the city with a band of disciples only to leave quietly again. This time he makes preparations. These preparations are even more extensive than those the President of the United States receives today. He fulfills the prophecy of Zechariah 9:9. “Rejoice greatly, O daughter of Zion! Shout aloud, O daughter of Jerusalem! Behold, your king is coming to you; righteous and having salvation is he, humble and mounted on a donkey, on a colt, the foal of a donkey.”

Jesus tells two of his disciples to go ahead of him, where they will find a donkey’s foal, tied up. 29 As he approached Bethphage and Bethany at the hill called the Mount of Olives, he sent two of his disciples, saying to them, 30 “Go to the village ahead of you, and as you enter it, you will find a colt tied there, which no one has ever ridden. Untie it and bring it here. 31 If anyone asks you, ‘Why are you untying it?’ say, ‘The Lord needs it.’”

32 Those who were sent ahead went and found it just as he had told them. 33 As they were untying the colt, its owners asked them, “Why are you untying the colt?” 34 They replied, “The Lord needs it.”

35 They brought it to Jesus, threw their cloaks on the colt and put Jesus on it. 36 As he went along, people spread their cloaks on the road. 37 When he came near the place where the road goes down the Mount of Olives, the whole crowd of disciples began joyfully to praise God in loud voices for all the miracles they had seen: 38 “Blessed is the king who comes in the name of the Lord!” “Peace in heaven and glory in the highest!”

39 Some of the Pharisees in the crowd said to Jesus, “Teacher, rebuke your disciples!” 40 “I tell you,” he replied, “if they keep quiet, the stones will cry out.”

Back in the days before the Babylonian Exile, Israelite kings rode horses into war and donkeys in times of peace, and it’s this message of peace which Jesus brings to Jerusalem now. Where Herod’s message of domination by force was clearly communicated by his own entry under armed guard into the city; Jesus entry is marked with the singing of what scripture says is a “multitude of his disciples.” Hundreds, even thousands are caught up in the moment. They throw cloaks onto the rode in front of him, in an ancient gesture going back to the kings of Israel, when the people would throw their cloaks on the ground so that he wouldn’t have to walk on the bare dirt. Those who don’t have cloaks don’t want to be left out, and they begin stripping the surrounding trees bare of palm fronds to lay in front of him. These fronds were symbols of celebration, especially during the festival of Sukkot, and the crowds wave them in the air, singing the words of that old enthronement Psalm 118, but this time including verses 25 and 26. “Save us, we pray, O Lord! O Lord, we pray, give us success! Blessed is he who comes in the name of the Lord! We bless you from the house of the Lord.”

“Save us!” they shout. “Hosanna” they cry! “Peace in heaven and glory in the highest!” they shout, repeating the proclamation of the angels at Jesus’ birth. But Jesus knows their hearts. And in this moment of triumphant entry, he is overcome by a deep sadness. 41 As he approached Jerusalem and saw the city, he wept over it 42 and said, “If you, even you, had only known on this day what would bring you peace—but now it is hidden from your eyes. 43 The days will come upon you when your enemies will build an embankment against you and encircle you and hem you in on every side. 44 They will dash you to the ground, you and the children within your walls. They will not leave one stone on another, because you did not recognize the time of God’s coming to you.”

These words would be fulfilled just 35 years later, when the Romans under whom the nobles and king of Judea sought protection, would build ramparts around the city, starve it into submission, and massacre its inhabitants, completely destroying the city and its temple to the ground. This would happen because the people of the city, and therefore the nation itself, refused to repent of their unjust practices and all the ways they had rebelled against God.

In the coming week, we will celebrate Good Friday and Easter, when Jesus’ final showdown with sin and death would be completed. It marks his final steps toward his sacrifice for us all.

Jesus is the true King of Peace, and he is the source of real peace we can hope for in this life. Amen