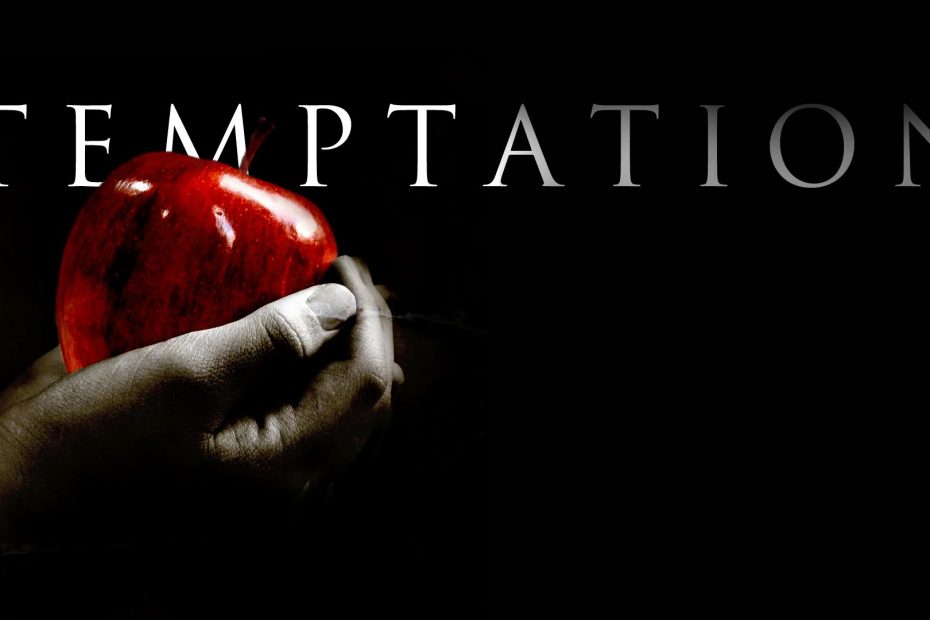 I enjoy mathematics a lot. I took every math course offered in college. Math is a blast. If things ever slow down, a refresher course might be just the ticket.

A while back I came across a spiritual equation (a little different than analytical geometry but equally provable) that I have never forgotten: “temptation plus opportunity equals trouble.” Temptation. Opportunity. Trouble. You see, it is possible for someone to be tempted yet not have the opportunity to fulfill that temptation. On the other hand, someone may have the opportunity, but not be tempted. It is when you get the two together that you have an equation equal to trouble.

A man decided it was time to shed some excess pounds. He took his new diet seriously, even changing his driving route to avoid his favorite bakery. One morning, however, he arrived at work carrying a gigantic coffeecake. His friends scolded him, but he kept smiling.

“This is a very special coffeecake,” he explained. “I accidentally drove by the bakery this morning and there in the window were a bunch of goodies. I felt this was no accident, so I prayed, “Lord, if you want me to have one of those delicious coffeecakes, let me have a parking place directly in front of the bakery.” “Sure enough,” he continued, “the eighth time around the block, there it was!” Temptation plus opportunity equals trouble.

Whether it’s a gigantic coffee cake or say for example, a cigarette, it’s temptation of the flesh. Temptation has to do with our humanness. Satisfying our wants, we ourselves seek self-gratification.

Eve was tempted by the serpent.

4 “You will not certainly die,” the serpent said to the woman. 5 “For God knows that when you eat from it your eyes will be opened, and you will be like God, knowing good and evil.” 6 When the woman saw that the fruit of the tree was good for food and pleasing to the eye, and also desirable for gaining wisdom (temptation), she took some (opportunity) and ate it. She also gave some to her husband, who was with her, and he ate it. (trouble)

A pastor wrote about a time he was a missionary overseas on an island. Pigeon was considered a game bird. They roosted on the cliffs of the eastern side of the island in the morning and would fly across to the western cliffs around the middle of the day. When he hunted them, he knew their pattern. The problem was, they flew so high and fast, they were nearly impossible to hit. The hardest thing was to get the first one. You’d have to be almost a perfect shot to get the first one. But once you got one, it was easier to get the second one. See, once you got one, you’d leave it laying in the field like a decoy. Then the next one flying by would slow down, bank, and fly a little bit lower to see what his buddy in the field was doing. And then he got to join him. Once there were four or five in the field, it was so easy it almost wasn’t sporting anymore. The unsuspecting birds would look down, see the bait and take it. They were tempted, succumbed to the temptation and his 12-gauge made sure they paid the price.

What is the source of temptation?

Temptation doesn’t come from God. James 1:13 says, “13 When tempted, no one should say, “God is tempting me.” For God cannot be tempted by evil, nor does he tempt anyone. God does not tempt us. But He does test us. The tree in the middle of the Garden. Don’t touch it. Why does God test us?

Is temptation the same as sin? NO! Temptation is not wrong. Remember Jesus was tempted and he was perfect.

In the New Testament when you look at Jesus’ temptation, how did that begin? Matthew 4 Then Jesus was led by the Spirit into the wilderness to be tempted by the devil. It began by the Holy Spirit leading Him into the wilderness where He would be tempted by the devil. God does not tempt—He tests. The tree of the knowledge of good and evil was a test. The gigantic coffeecake, the cigarette, is a test. God placed the tree in the middle of the Garden and told Adam not to eat of it. He placed it there as a test of Adam’s obedience.

Matthew 4: 2   After fasting forty days and forty nights, he was hungry. 3 The tempter came to him and said, “If you are the Son of God, tell these stones to become bread.”

4 Jesus answered, “It is written: ‘Man shall not live on bread alone, but on every word that comes from the mouth of God.” 5 Then the devil took him to the holy city and had him stand on the highest point of the temple. 6 “If you are the Son of God,” he said, “throw yourself down. For it is written: “‘He will command his angels concerning you,
and they will lift you up in their hands, so that you will not strike your foot against a stone.” 7 Jesus answered him, “It is also written: ‘Do not put the Lord your God to the test.”

8 Again, the devil took him to a very high mountain and showed him all the kingdoms of the world and their splendor. 9 “All this I will give you,” he said, “if you will bow down and worship me.” 10 Jesus said to him, “Away from me, Satan! For it is written: ‘Worship the Lord your God, and serve him only.’” 11 Then the devil left him, and angels came and attended him

God is in control, and He has given us the power to resist temptation.

James 4:7 says: “7 Submit yourselves, then, to God. Resist the devil, and he will flee from you. God has given you the power to resist temptation. But you give up that power when you give the devil and audience. That’s what happened to Eve. She gave him an opportunity—a foothold. All she did was engage him in conversation.

So how do you resist temptation?

DENVER POST NEWS ARTICLE: “Like many sheep ranchers in the West, Lexy Fowler has tried just about everything to stop crafty coyotes from killing her sheep. She has used odor sprays, electric fences, and ‘scare-coyotes.’ She has slept with her lambs during the summer and has placed battery-operated radios near them. She has corralled them at night, herded them at day. But the southern Montana rancher has lost scores of lambs–fifty last year alone. “Then she discovered the llama–the aggressive, funny-looking, afraid-of-nothing llama…’Llamas don’t appear to be afraid of anything,’ she said. ‘When they see something, they put their head up and walk straight toward it. That is aggressive behavior as far as the coyote is concerned, and they won’t have anything to do with that… Coyotes are opportunists, and llamas take that opportunity away.'” These Lamas illustrate what James spoke of in: “Resist the Devil, and he will flee from you” (4:7). The moment we sense Satan’s attack through temptation is the moment we should face it and deal with it for what it is.

Most of the time we can see temptation coming. And if we can’t we should be able to. Because Satan hasn’t changed his tactics since the Garden of Eden. Why should he change tactics? They seem to work awfully well.

Satan attacks us when we are at a spiritual high. When you are at a distance from God, there is no reason for the enemy to waste time and resources on you. You are not a threat to his plan. But as soon as you are moving closer to God, he will attack you with everything he has.

Not only will the enemy attack when you are at a spiritual high, he will attack us during our physical lows.

Jesus was physically hungry from a 40 day fast. The Devil will come at you when you are feeling poorly physically.

Satan is saying “It seems that the God whom you think is your Father has starved you and deserted you, if you will surrender to me I will give you all of this!” The nations of the earth had long been promised to the Messiah; if he be the Son of God, they belonged to him. These things will I give you, if you will fall down and worship me.

He will offer you the same deal today. He will promise you fame, fortune and fun if you will turn and worship him. Many times, the people that we are jealous of are headed for Hell and we forget that we have a mansion in Heaven.

Remember the words of Jesus when temptation comes knocking.

4 Jesus said, “It is written, man does not live on bread alone but on every word that comes from the mouth of the Lord. Read the scriptures and pray for His help.

7 Jesus answered him, “It is also written: ‘Do not put the Lord your God to the test.” Read the scriptures and pray for His help.

10 Jesus said to him, “Away from me, Satan! For it is written: ‘Worship the Lord your God, and serve him only.’” Read the scriptures and pray for His help.

James 4:7 Submit yourselves therefore to God. Resist the devil, and he will flee from you.

Another way to make the statement temptation plus opportunity equals trouble untrue, is to eliminate opportunity.

On the TV show “Hee Haw,” Doc Campbell is confronted by a patient who says he broke his arm in two places. The doc replies, “Well then, stay out of them places!”

You cannot continuously put yourself in places where you will be tempted and not be affected. What situations are you in when you fall? Avoid them! What people are you usually with when you fail? Avoid them

No temptation has overtaken you that is not common to man. God is faithful, and he will not let you be tempted beyond your ability, but with the temptation he will also provide the way of escape, that you may be able to endure it. 1 Cor. 10:13

Sin is crouching at your door; it desires to have you, but you must rule over it. Gen 4:7

Lead us not into temptation, but deliver us from the evil one. Matt. 6:13
Amen