ARCHAEOLOGY of the Bible 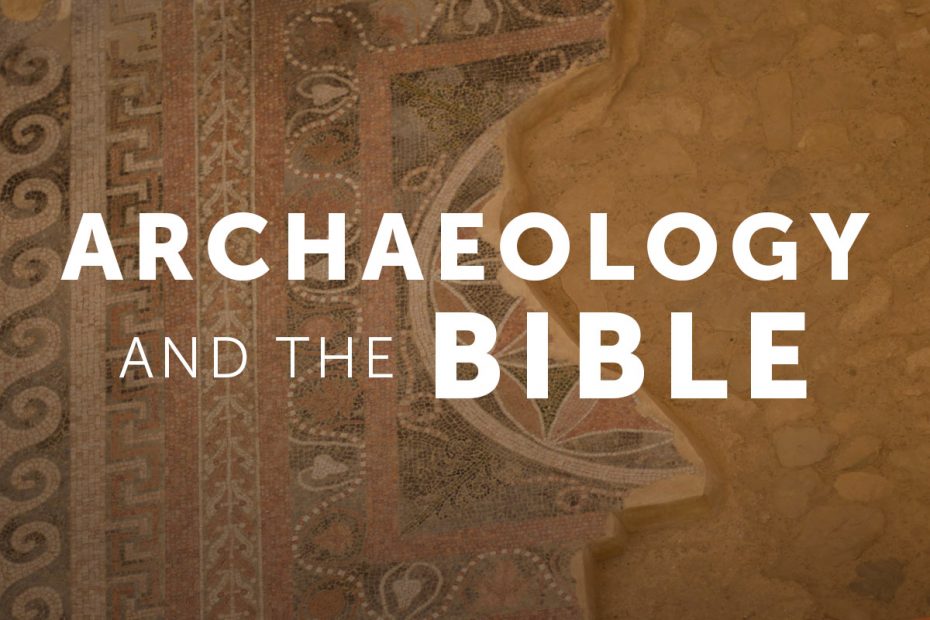 Christianity is based on faith.

It bolsters our faith to have concrete evidence to support the Bible. Archeology has uncovered tons of evidence with thousands of discoveries. Prior to about the middle of the nineteenth century archeology was really little more than grave robbing. Modern archeology has confirmed much of the accounts of the biblical record. Here is some archeological evidence for a few people, places and events in the Bible.

King David is probably one of the best-known figures in the Bible. He was the son of Jesse and he had eight brothers. Most remember him because of his victory over Goliath, a Philistine giant. There was a lot more to David. He was a shepherd. The prophet Samuel was moved by the Lord to anoint him Israel’s future king. David became Israel’s second earthly king. David wrote many Psalms. Acts 13: 22 After removing Saul, he made David their king. God testified concerning him: ‘I have found David son of Jesse, a man after my own heart; he will do everything I want him to do.’ 23 “From this man’s descendants God has brought to Israel the Savior Jesus, as he promised.

Up until 1993, there was no physical proof that David existed. In 1993, proof for his existence came from a very unlikely source. The Aramean  King of Damascus, an ancient enemy of Israel, immortalized in stone a military victory over “The House of David”. It was noted on a basalt stone from a monument from the 9th century BC. The reference to David was considered a historical bombshell. This was a clear collaboration of David’s lineage. The stone is housed in the Israel Museum in Jerusalem.

Matthew 2 After Jesus was born in Bethlehem in Judea, during the time of King Herod, Magi from the east came to Jerusalem 2 and asked, “Where is the one who has been born king of the Jews? We saw his star when it rose and have come to worship him.” In the summer of 1996, a part of an old wine jug was found in Masada, Israel, at an ancient garbage dump next to the synagogue. King Herod the Great ruled Israel when Jesus was born. He was determined to deal with threats to his throne and even put to death two of his own sons and his wife Mariamne. The inscription on the shard of pottery says Herod, King of the Jews and is carbon dated to the time of Christ.

2 Kings 24:  10 At that time the officers of Nebuchadnezzar king of Babylon advanced on Jerusalem and laid siege to it, 11 and Nebuchadnezzar himself came up to the city while his officers were besieging it. 17 He made Mattaniah, Jehoiachin’s uncle, king in his place and changed his name to Zedekiah. 18 Zedekiah was twenty-one years old when he became king, and he reigned in Jerusalem eleven years. In 1899, an archeologist found the entire complex of Nebuchadnezzar’s palace with countless inscriptions.

Luke 23:  So Pilate asked Jesus, “Are you the king of the Jews?” “You have said so,” Jesus replied. 4 Then Pilate announced to the chief priests and the crowd, “I find no basis for a charge against this man.” In 1961, a limestone slab was discovered documenting that Pilate was serving as governor in Judea when Jesus was brought to trial by the chief priests and elders known as the Sanhedrin. While excavating the Herodian Theater in Caesarea, workers found the slab of stone inscribed with the name, “Pontius Pilate, the Perfect of Judea, has dedicated to the people of Caesarea, a temple to the honor of Tiberius.” on it. It was being used as a step within the theater. Today the Pilate Stone is in the Israel Museum in Jerusalem.

Acts 14: 21 They preached the gospel in that city and won a large number of disciples. Then they returned to Lystra, Iconium and Antioch, 22 strengthening the disciples and encouraging them to remain true to the faith. 23 Paul and Barnabas appointed elders for them in each church and, with prayer and fasting, committed them to the Lord, in whom they had put their trust. Antioch was discovered by a General of Alexander the great in 300 BC. It was a hub of trading activity. It was the place that followers of Jesus started to be called Christians. It is present day Antakya, Turkey. Much of ancient Antioch is still buried under silt and gravel from the Orontes River but archeologists have uncovered many mosaic floors and reliefs depicting military victories of Emperor Augustus. These can be seen in the Antakya Archeological Museum located in modern Antioch.

Luke 1: 6 In the sixth month of Elizabeth’s pregnancy, God sent the angel Gabriel to Nazareth, a town in Galilee…  Today Nazareth is the largest city in the Northern District of Israel located 16 miles from the Sea of Galilee. In Jesus’ day, it was a very small town. No place is Nazareth mentioned in the Bible before Luke 1. Today, it has a population of around 70,000 Christians, Jews, and Muslims. In 1962, archeologists found an inscription naming Nazareth as one of the towns where members of Judaism’s priestly classes settled after the destruction of Jerusalem putting Nazareth on the map. This archeological evidence was found on a marble slab in a synagogue on the Mediterranean Coast of Israel.

2 Kings 20: 20 As for the other events of Hezekiah’s reign, all his achievements and how he made the pool and the tunnel by which he brought water into the city, are they not written in the book of the annals of the kings of Judah? The tunnel was discovered by archeologists in 1838 in the southeast corner of Jerusalem. In 701 BC, King Hezekiah decided to build an underground water tunnel to protect the city’s water supply from their Assyrian enemies.

John 5 Some time later, Jesus went up to Jerusalem for one of the Jewish festivals. 2 Now there is in Jerusalem near the Sheep Gate a pool, which in Aramaic is called Bethesda and which is surrounded by five covered colonnades. 3 Here a great number of disabled people used to lie—the blind, the lame, the paralyzed. For centuries, the Pool of Bethesda was lost. In 1888, near the Sheep’s Gate in Jerusalem, it was discovered. The experts had all claimed it couldn’t exist because the pentagon (five columns) was not found in ancient architecture. One of the Dead Sea scrolls described exactly were it was located. So the archeologists started to dig. They found it where it was described in the scrolls.  Today, located in the Old City, north of the Temple Mount, the Pool of Bethesda is open to the public.

Hebrews 11: 30 By faith the walls of Jericho fell, after the army had marched around them for seven days. The walls ruins were located in 1907 in Jericho, Israel. It appeared the walls fell as a result of an earthquake in 1400 BC. The walls showed evidence of intense fire, cracked stone, charred timber and ashes. They also found a small portion of the wall and it’s attached houses still intact leading some to speculate that could have been Rehab’s family’s homes.

There are many books written on the archeological evidence documenting the people, places and events as recorded in the Bible. These that I have shared are just a few examples.

During the last century, there has been remarkable discoveries including such things as the find of the Dead Sea Scrolls in 1947 where the oldest texts of scripture known to be in existence were discovered in the various caves of Qumran.

There are approximately 25,000 manuscript copies of potions of the New Testament in existence today. No other ancient document even begins to approach such numbers. Add to that the thousands of artifacts that have been unearthed. We can proclaim the truth of God’s Word.

2 Timothy 3:16-17 All Scripture is God-breathed and is useful for teaching, rebuking, correcting and training in righteousness, 17 so that the servant of God may be thoroughly equipped for every good work.