A tribute to dad 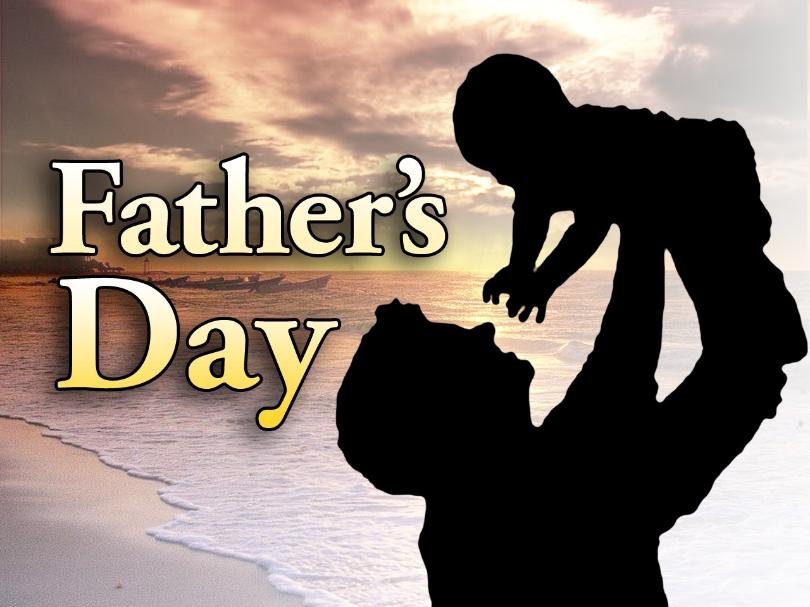 My Dad passed away in 2005. He led an interesting life. He was raised Catholic in the coal mining town of Glen Lyon, Pa.  He spoke Ukrainian until he started attending an English-speaking school.

Dad volunteered for a lot of things throughout his life. He lied about his age so he could volunteer to get into the Army at 17. On his first deployment, he found himself on a ship headed to the Philippians. When command asked for volunteers to work in the kitchen who had cooking experience, he raised his hand. You would be correct if you guessed he didn’t have any cooking experience. It was a smart move. He worked hard so he wasn’t bored AND he got all the food he wanted to eat. He almost over dosed on oranges never having had more than a few in his life before working on the ship.

After serving for a while in the Philippians he was deployed to Guam. He volunteered once again. This time they needed a radio repair technician. The radios were dropping like flies. He raised his hand and volunteered to fix the radios. He’d never worked on a radio before but he figured he could figure it out. He did. He worked throughout life off and on as an electronics technician.

After he finished his enlistment, he met Mom on Long Island. Mom was working in a hospital there and coming home weekends to Enfield. Work was hard to come by at the time.

She met Dad as he was travelling around New York State with his band, “The Hawaiian Troubadours”. He played guitar, ukulele, and just about every other stringed instrument on the planet. He also played piano by ear. I once told him I wished I could play piano by ear instead of having to read the notes. He replied he wished he could read the notes so he could play different styles of music like I could. Mom played guitar and piano as well.

When they married, World War II was breaking out. Dad was travelling home from Long Island with my Mom for the weekend late one night listening to the radio. They never forgot hearing the radio announcer’s voice bringing the horrific news that Pearl Harbor was under attack. They talked about it during the rest of the trip back. They agreed that our country needed him. Dad volunteered for reenlistment a few days later.

Throughout my life, my Dad taught me to step up to plate when a need was presented before me. When called to serve, serve to the best of your ability. Do the best you can. I have always tried to do just that.

By serving, you fulfill Gods purpose for your life. You were made with a specific purpose and ministry planned for you. “For we are Gods workmanship, created in Christ Jesus to do good works, which God prepared in advance for us to do.” Ephesians 2:10

In a book detailing his faith, George W. Bush, when he was governor of Texas, is quoted as saying he believed that Gods purpose for him was to lead America during a time of great national crisis. Do you have a sense of Gods purpose for your life?

“Live such good lives among the pagans that, though they accuse you of doing wrong, they may see your good deeds and glorify God on the day he visits us.” I Peter 2:12

Isaiah 6: 1 In the year that King Uzziah died, I saw the Lord sitting on a throne, high and lifted up, and the train of His robe filled the temple. 2 Above it stood seraphim; each one had six wings: with two he covered his face, with two he covered his feet, and with two he flew. 3 And one cried to another and said: “Holy, holy, holy is the LORD of hosts; The whole earth is full of His glory!” 4 And the posts of the door were shaken by the voice of him who cried out, and the house was filled with smoke.5 So I said: “Woe is me, for I am undone! Because I am a man of unclean lips, and I dwell in the midst of a people of unclean lips; For my eyes have seen the King, The LORD of hosts.” 6 Then one of the seraphim flew to me, having in his hand a live coal which he had taken with the tongs from the altar. 7 And he touched my mouth with it, and said: “Behold, this has touched your lips; Your iniquity is taken away, and your sin purged.” Also I heard the voice of the Lord, saying: “Whom shall I send, And who will go for Us?” Then I said, “Here am I! Send me.”

Dad taught me to do things well. He and Mom bought me my first car. A well-used Ford Falcon 4-door station wagon. I had gotten my driver’s license for my 17th birthday in March and I was starting college in the fall. Under my Dad’s tutelage, I took apart and rebuilt that engine all the way down to hand grinding the cylinders. It was a laborious task. No detail was overlooked. He made sure all was done well. It took a lot of time. I finished just days before classes started. It was well worth the effort. Many times over the years I have made use of all those skills and information I had been taught that summer.

Proverbs 4:13 Hold on to instruction, do not let it go; guard it well, for it is your life.

Colossians 3: 23 Whatever you do, work at it with all your heart, as working for the Lord, not for human masters, 24 since you know that you will receive an inheritance from the Lord as a reward. It is the Lord Christ you are serving.

My Father had the greatest listening skills ever! When I would come home from college, Dad would listen to my minute by minute description of the week. It could take hours. When he needed a break, he would say to my Mom, ”Eva, it’s your turn.” As the years went by, he never lost that ability to listen. What a gift!

Proverbs 1:5 let the wise listen and add to their learning, and let the discerning get guidance—

James 1:19 My dear brothers and sisters, take note of this: Everyone should be quick to listen, slow to speak

Thank you for letting me share some memories with you.

Father’s Day can hold many emotions for both men and women – those who had a loving father that passed away, those who never knew their dad, those expectantly waiting to become a dad soon, and countless other situations surrounding the father-child relationship. God can use this special day to draw us closer to Himself – the one true Father who remains faithful and full of unconditonal love.

We give our thanks, Creator God, for the fathers in our lives.

Fatherhood does not come with a manual, and reality teaches us that some fathers excel while others fail.
We ask for Your blessings for them all and forgiveness where it is needed.

This Father’s Day we remember the many sacrifices fathers make for their children and families, and the ways–both big and small–they lift children to achieve dreams thought beyond reach.

So too, we remember all those who have helped fill the void when fathers pass early or are absent; grandfathers and uncles, brothers and cousins, teachers, pastors and coaches and the women of our families.

For those who are fathers, we ask for wisdom and humility in the face of the task of parenting. Give them the strength to do well by their children and by You.
In Your Holy name, O God, we pray.