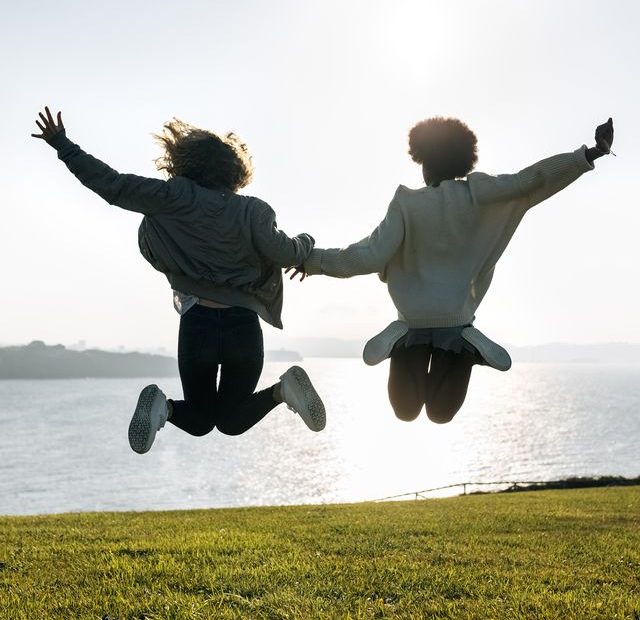 A group of friends went deer hunting and separated into pairs for the day. That night, one hunter returned alone, staggering as he carried a ten – point buck.

The other hunters asked, “Where’s Harry?”

The man told them, “Harry fainted a couple miles back on the trail. So, I left him.”

His friends couldn’t believe it. So, he explained, “It was a tough call, but I figured no one’s going to steal Harry.”

True friendship requires more loyalty than Harry’s friend showed him. The people closest to you need to know that they’re important to you.

What is a friend? Paul gave us some pointers in Romans 12.15 Rejoice with those who rejoice, weep with those who weep. 16 Live in harmony with one another.

Those people closest to us need to know they have our loyalty. Solomon said~ 24 A man of many companions may come to ruin, but there is a friend who sticks closer than a brother. – Proverbs 18:24

If we were to admit it, we have lots of companions, lots of acquaintances. There’s a difference between knowing a person on a surface level and valuing a relationship with someone. An acquaintance is a person you get along with as long as everything goes well between the two of you. It’s someone who knows you’re hurting, but doesn’t really care about your welfare. They’re not there for you when times are tough.

We don’t ask an acquaintance for serious advice about a life issue you’re going through? You’re less likely to ask them, because you don’t believe they’re committed and loyal to you. You want to ask someone who sticks with you, good or bad, victories or defeat.

There are many true stories of sacrificial friendship. One such story tells of two friends in World War I, who were inseparable. They had enlisted together, trained together, were shipped overseas together and fought side-by-side in the trenches. During an attack, one of the men was critically wounded in a field filled with barbed wire obstacles, and he was unable to crawl back to his foxhole. The entire area was under enemy crossfire, and it was suicidal to try to reach him. Yet his friend decided to try. Before he could get out of his own trench, his sergeant yanked him back inside and ordered him not to go. “It’s too late. You can’t do him any good and you’ll only get yourself killed.”

A few minutes later, the officer turned his back, and instantly the man was gone after his friend. A few minutes later, he staggered back, mortally wounded, with his friend, now dead, in his arms. The sergeant was both angry and deeply moved. “What a waste,” he blurted out. “He’s dead and you’re dying. It just wasn’t worth it.”

With almost his last breath, the dying man replied, “Oh, yes, it was, Sarge. When I got to him, the only thing he said was, ‘I knew you’d come, Jim!”

John 15:13 Greater love has no one than this: to lay down one’s life for one’s friends.

One of the true marks of a friend is that they are there when there is every reason for them not to be.

In order to have friends you must be a friend. How many times have you heard people say, Oh, I don’t have any friends, or I wish I had some friends. The truth is, they’re not being a friend. Friendship is putting your friends’ needs and cares above your own. So, true friendship wants nothing for itself. Luke 5:18-20 Some men came carrying a paralyzed man on a mat and tried to take him into the house to lay him before Jesus. 19When they could not find a way to do this because of the crowd, they went up on the roof and lowered him on his mat through the tiles into the middle of the crowd, right in front of Jesus. When Jesus saw their faith, he said, “Friend, your sins are forgiven.”

Jesus had started his public ministry and the multitudes came from all over to hear him teach because he had authority like no one they had ever heard. He was also healing people from their ailments. These friends of this man who had paralysis wanted to bring their friend to Jesus. He was crippled and they knew Jesus was the answer. Do we bring our friends to Jesus who are in desperate need? These friends cared enough to overcome every obstacle in bringing him to Jesus.

Proverbs 12:25, “An anxious heart weighs a man down, but a kind word cheers him up.” A real friend helps you when you’re down.

A story of friendship in the Bible is that of Jonathan and David. David was the shepherd boy anointed king by Samuel who saved a nation by killing Goliath with a slingshot. David grew and became very powerful in King Saul’s army, so much so on one occasion the people sang a song, David has killed 10,000 and King Saul his 1,000.

As a result of this King Saul tried to kill David on a number of occasions because he was jealous of him. Can you imagine living with someone who’s trying to kill you?

Another particular thing that was happening – David was becoming very close friends with Jonathan, the king’s son. In fact, they were like soul mates. They were so close that Jonathan sided with David rather than his own father. They had a close bond throughout their lives. Jonathan was continually helping David in his times of trouble. He was helping him up.

Do you help your friends up when they’re down or do you just watch?  Ecclesiastes 4:10-11 Two are better than one, because they have a good return for their labor:  If either of them falls down, one can help the other up. But pity anyone who falls and has no one to help them up.

A real friend is someone who will fight to protect your reputation. These words were written based on military strategy of the ancient world. Almost all combat was hand to hand combat. Soldiers went into battle with a partner, someone that could be counted and trusted implicitly. AThe soldiers stood back to back of one another and they always kept their back in contact and fought whatever enemy came from any side.

Friends not only never stabbed you in the back but they guarded your back.

As we go through life there are two kinds of things we can give our lives to. If we spend all our lives trying to accumulate more and more possessions, we will never truly be happy and fulfilled. On the other hand, we can decide to focus on building relationships, trying to make friends and to be a friend. That brings true riches. Friendships are one of the Lord’s great blessings.

Can we find a friend so faithful
Who will all our sorrows share?
Jesus knows our every weakness
Take it to the Lord in prayer