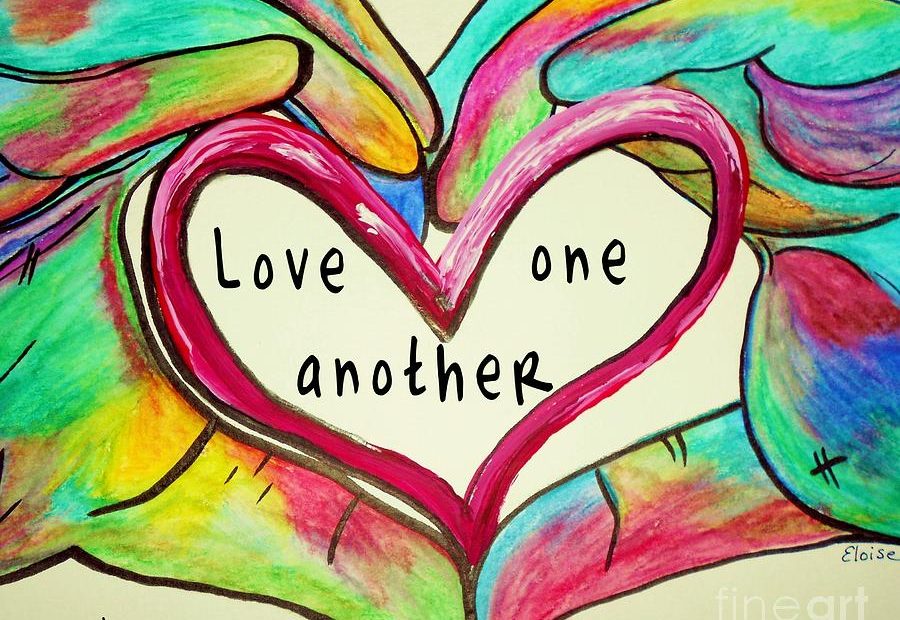 In a supermarket, Kurtis the stock boy, was busily working when a new voice came over the intercom asking for a carry out at checkout register 4. Kurtis was almost finished, and wanted to get some fresh air, and decided to answer the call. As he approached the check-out stand a distant smile caught his eye, the new check out girl was beautiful. She was an older woman (maybe 26, and he was only 22) and he fell in love.

Later that day, after his shift was over, he waited by the punch clock to find out her name. She came into the break room, smiled softly at him, took her card and punched out, then left. He looked at her card,

BRENDA. He walked out only to see her start walking up the road.

Next day, he waited outside as she left the supermarket, and offered her a ride home. He looked harmless enough, and she accepted. When he dropped her off, he asked if maybe he could see her again, outside of work. She simply said it wasn’t possible. He pressed and she explained she had two children and she couldn’t afford a baby-sitter, so he offered to pay for the baby-sitter. Reluctantly she accepted his offer for a date for the following Saturday.

That Saturday night he arrived at her door only to have her tell him that she was unable to go with him. The baby-sitter had called and canceled. To which Kurtis simply said, “Well, let’s take the kids with us.” She tried to explain that taking the children was not an option, but again not taking no for an answer, he pressed.

Finally, Brenda brought him inside to meet her children. She had an older daughter who was just as cute as a bug, Kurtis thought, then Brenda brought out her son, in a wheelchair. He was born a paraplegic with down syndrome. Kurtis asked Brenda, “I still don’t understand why the kids can’t come with us?” Brenda was amazed. Most men would run away from a woman with two kids, especially if one had disabilities. Just like her first husband and father of her children did. That evening Kurtis and Brenda loaded up the kids, went to dinner and the movies. When her son needed anything, Kurtis would take care of him. When he needed to use the rest room, he picked him up out of his chair, took him, brought him back. The kids loved Kurtis. At the end of the evening, Brenda knew this was the man she was going to marry and spend the rest of her life with. A year later, they were married and Kurtis adopted both of her children. Since then they had added two more kids.

So, what happened to the stock boy and checkout clerk?

Kurtis Eugene Warner is an American former football quarterback. He played for three National Football League teams: the St. Louis Rams, the New York Giants, and the Arizona Cardinals. He was originally signed by the Green Bay Packers as an undrafted free agent in 1994 after playing college football at Northern Iowa. Warner went on to be considered the best undrafted NFL player of all time, following a 12-year career regarded as one of the greatest stories in NFL history. Warner was inducted into the Pro Football Hall of Fame in 2017, and is the only person inducted into both the Pro Football Hall of Fame and the Arena Football Hall of Fame.

Kurt and Brenda have established a foundation which serves disabled children. Kurt writes, “Brenda and I have experienced extreme highs and lows – and through it all our faith and our family are the fabric that holds everything together. It is our wish to share these blessings and beliefs with others who have lost hope in themselves, their talents, and life. Established in 2001, First Things First is a 501(c)3 public charity which serves as a vehicle for Brenda and me as we reach out to the community to share our blessings with those in need.

Conflict is rarely seen as constructive; however, sometimes moderate levels of conflict can be mutually beneficial, facilitating understanding, tolerance, learning, and effectiveness.

As conflicts escalate, people’s uncertainties are replaced with a firm commitment to their position. People rationalize their choices once they have made them. They seek out information that supports their views, reject information that opposes their views, and become more solidified in their position. During the conflict, opponents become mistrustful of one another. People explain their opponents’ actions in ways that make the problem worse. During the conflict, opponents’ inferences about each other’s strengths, attitudes, values, and personal qualities tend to be largely distorted. It is generally difficult for most people to remain calm and collected in a conflict situation. However, an increase in negative emotions, such as anger, intensifies the initial conflict. Even when you want to discuss your position calmly, once you are committed to a position, an emotional response replaces logical discussion. Anger is also contagious. When someone gets angry, everyone gets angry.

God is love. “Everyone who loves has been born of God and knows God. Anyone who does not love does not know God, because God is love”. (1 John 4:7-8)

“This is how God showed his love among us: He sent his one and only Son into the world that we might live through him. This is love: not that we loved God, but that he loved us and sent his Son as an atoning sacrifice for our sins”. 1 John 4:9-10

“God’s love to be poured into our hearts through the Holy Spirit who has been given to us”. Romans 5:5

Love does not allow any room for hatred. The resolution of conflicts is best done in an atmosphere of love. Love always takes the first step to the resolution.

Love forgives, restores and blesses. On one occasion when Jesus was teaching in the temple the Pharisees brought in a woman who had been caught in adultery. The Pharisees wanted her to stop sinning and to them that meant death by stoning. Jesus also wanted her to stop sinning so in love He offered her forgiveness and life. Both Jesus and the Pharisees were trying to accomplish the same thing. But one would have resulted in death and the other resulted in life.

Love is the willingness to give and not expect anything in return. 1 John 3:18 Dear children, let us not love with words or speech but with actions and in truth.

We are talking about Godly love, not worldly love. Godly love is focused on others. It is selfless. “Love does not insist on its own way; it is not irritable or resentful;” 1 Corinthians 13:5

Philippians 2:3 “Do nothing from selfish ambition or conceit, but in humility count others more significant than yourselves.”

“But I say to you who hear, Love your enemies, do good to those who hate you, bless those who curse you, pray for those who abuse you.” Luke 6:27–28

The Mysterious Death of the Angel of Sing Sing

Perhaps you have never heard of Katherine Lawes. Katherine was the wife of Lewis Lawes, warden at Sing Sing Prison from 1920-1941. Sing Sing is about 30 miles north of New York City on the east bank of the Hudson River. Lawes was born on September 13, 1883 in Elmira, New York. His father worked as a prison guard at the New York State Reformatory, now called the Elmira Correctional Facility.

Sing Sing had the reputation of destroying wardens. The average warden’s tenure before Lewis Lawes was two years. In his 21 years he instituted numerous reforms and an important part of his success was due to his wife Katherine. No prison was tougher than Sing Sing during that time. But when Warden Lawes retired some 20 years later, that prison had become a humanitarian institution. Those who studied the system said credit for the change belonged to Lawes. But when he was asked about the transformation, here’s what he said, “I owe it all to my wonderful wife, Catherine, who is buried outside the prison walls.”

Katherine took seriously the idea that the prisoners are human beings, worthy of attention and respect.

Katherine Lawes was a young mother with three small children when her husband became the warden. Everybody warned her from the beginning that she should never set foot inside the prison walls, but that didn’t stop Catherine! When the first prison basketball game was held, she walked into the gym with her three children and she sat in the stands with the inmates.

Her attitude was: “My husband and I are going to take care of these men and I believe they will take care of me! I don’t have to worry!” She insisted on getting acquainted with them and their records. She discovered one convicted murderer was blind so she paid him a visit. Holding his hand in hers she said, “Do you read Braille?” “What’s Braille?” he asked. Then she taught him how to read.

Later, Catherine found a deaf-mute in prison. She went to school to learn how to use sign language. Many said that Catherine Lawes was the body of Jesus that came alive again in Sing Sing from 1921 to 1937.

Then, she was killed in a car accident. The next morning Lewis Lawes didn’t come to work, so the acting warden took his place. It seemed almost instantly that the prison knew something was wrong.

The following day, her body was resting in a casket in her home, three-quarters of a mile from the prison. As the acting warden took his early morning walk, he was shocked to see hundreds of the toughest, hardest-looking criminals gathered at the main gate. He came closer and noted tears of grief and sadness. He knew how much they loved Catherine.

He turned and faced the men, “All right, men you can go. Just be sure and check in tonight!” Then he opened the gate and a parade of criminals walked, without a guard, the three-quarters of a mile to stand in line to pay their final respects to Katherine Lawes.

And every one of them checked back in. Every one.

Christ’s command to love means far more than occasional acts of kindness to people who like you or who can do something for you in return.

How do you think that Christ’s command to “love your enemies” applies to these people?

The kind of love that Jesus is calling us to, is the same love God has for each one of us: a love based not on what we do, or how we look, or what we wear or eat, but a love based on who we are.