Mother’s Day, A Tribute to Mom 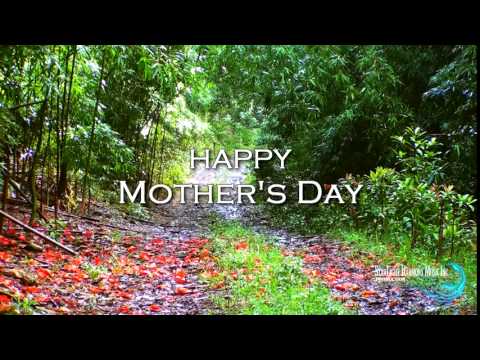 My Mom was born on December 11, 1919 in Denver, Colorado. The year after she was born, she and her parents hopped a train in Denver and moved to Enfield, New York on the hillside I still live on. Her Father wanted to live in a climate more like Gotland where he was born and New York was it. Mom grew up here where she raised her own family. Just as I have done.
She was an only child. Her brother had been born ten years earlier and had died at birth. She wasn’t alone though. My Grandparents raised foster children in the farm house, just as my husband and I did and now my grandchildren have the company of another generation of foster kids. The old farmhouse has seen a lot of kids.
Proverbs 31:10 A wife of noble character who can find?
She is worth far more than rubies.
11 Her husband has full confidence in her
and lacks nothing of value.
12 She brings him good, not harm,
all the days of her life.

15 She gets up while it is still night;
she provides food for her family
and portions for her female servants.
16 She considers a field and buys it;
out of her earnings she plants a vineyard.
17 She sets about her work vigorously;
her arms are strong for her tasks.
18 She sees that her trading is profitable,
and her lamp does not go out at night.

20 She opens her arms to the poor
and extends her hands to the needy.
23 Her husband is respected at the city gate,
where he takes his seat among the elders of the land.
25 She is clothed with strength and dignity;
she can laugh at the days to come.
26 She speaks with wisdom,
and faithful instruction is on her tongue.

27 She watches over the affairs of her household
and does not eat the bread of idleness.
28 Her children arise and call her blessed;
her husband also, and he praises her:
29 “Many women do noble things,
but you surpass them all.”
30 Charm is deceptive, and beauty is fleeting;
but a woman who fears the Lord is to be praised.
31 Honor her for all that her hands have done,
and let her works bring her praise at the city gate.
Mom taught by example. She always worked outside of the home. She started out working in offices but kept moving up until she was in administration. Eventually, she was hired as Director of Human Resources at the hospital here in Tompkins County and then in the Cortland County hospital for many years. She did this without a college degree but with hard work.
She loved music and played piano and guitar. Many evenings she would sit in the dining room and spend hours playing guitar. Often Dad would join her with his guitar and they would play duets into the evening hours. It was very enjoyable.
She also loved gardening. I never knew her to plant vegetables. She always planted flowers. Most often they were perennials. I am very glad she chose perennials. We enjoy the forsythia, Persian lilacs, daffodils and poppies every year which she planted decades ago. She also would plant sweet peas along the highway whose seeds were drug along in the highway mowers. Every year I see the beautiful pink and purple blooms here and there along the road.
Mom made sure I knew the Lord. She took me to Sunday School and taught Sunday School herself. When I was five, she told me and my brother that we would be singing a special song at the Christmas program that year. I sang my first duet in church with my him, Silent Night. She taught me the alto part.
When I was about to graduate from the sixth grade, the teacher asked if anyone would like to play their instrument at the graduation ceremony. I raised my hand and said I would like to play the piano. Later that evening, my teacher called and spoke to my Mom about my playing. After Mom hung up, she sat down beside me in the living room. She asked if I wanted to play the piano for graduation. I said yes. She said okay. I had never played piano. That didn’t discourage her. She went to the music store with me and got a few pieces of music and taught me to play, “I’m Looking Over a Four-Leaf Clover.” I have enjoyed playing piano my entire life.
Mom was always very involved in my education. I remember when I was having trouble in one of my math classes in middle school. She worked with me every night until I had mastered the assignments. She hated math.
One year, when my kids were young, Dave and I were having a rough time financially and Christmas was going to be very meager. I had been paying off a layaway trying to get the kids presents but I was running out of time. Somehow Mom knew. She asked me how much I owed on it and she paid for it. It meant a lot.
Mom was always involved in the community. Whenever someone needed food, she would gather together what she could with the other church members and get it delivered. She often cooked meals and delivered it to folks who were sick or injured or who were just having a hard time.
Just after my last daughter was born, I had a string of gall bladder attacks that eventually landed me in the hospital. I was in for several weeks. Every six hours, day and night, Mom brought my daughter to me.
When it came time for my Mom to go home, we were all living in the farmhouse where we could care for her. She had had a bout with cancer and it was winning. On her last day, she was struggling. I stood by her bedside. I told Mom it was okay. Everything would be alright. She had tried as hard as she could to get better. She passed on later that night peacefully.
At her memorial service, my two oldest daughters and I sang a song in her honor. I sang alto.
When We All Get to Heaven
Brad Paisley

Sing the wondrous love of Jesus;
Sing his mercy and his grace.
In the mansions bright and blessed
He’ll prepare for us a place.
When we all get to heaven,
What a day of rejoicing that will be!
When we all see Jesus,
We’ll sing and shout the victory!

While we walk the pilgrim pathway
Clouds will overspread the sky
But when travelin’ days are over
Not a shadow, not a sigh.
When we all get to heaven,
What a day of rejoicing that will be!
When we all see Jesus,
We’ll sing and shout the victory!

Onward to the prize before us!
Soon his beauty we’ll behold;
Soon the pearly gates will open;
We shall tread the streets of gold.
When we all get to heaven,
What a day of rejoicing that will be!
When we all see Jesus,
We’ll sing and shout the victory!