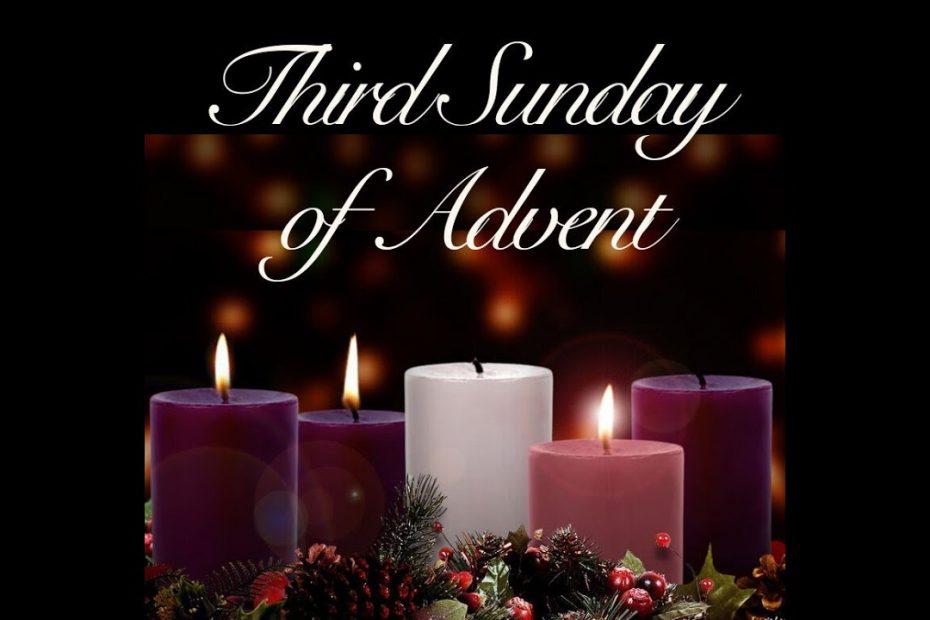 THIRD WEEK OF ADVENT
Pastor Jean Owens  jowens11@aol.com 607-273-5682
Thomas Sutherland, Dean of Agriculture at the American University of Beirut in Lebanon, was kidnapped by Islamic Jihad members near his Beirut home on June 9, 1985. He was released on November 18, 1991 at the same time as Terry Waite, having been held hostage for 2,353 days, over six years and spending a significant amount of time in solitary confinement.
While talking about his experience he said, “Do you know what it’s like to be in a prison? To be held hostage? To be a captive? It’s very lonely and you are afraid that people will forget you. I felt abandoned. I didn’t think anybody even knew I was in prison.”
During his time in prison, he could hear a radio that the guards had. It was tuned into the BBC channel and every day he would listen intently. He hoped he might hear his name. To hear the newscaster say his name and tell his story of imprisonment and innocence. But his name was never mentioned so he thought no one in the United States knew he was being held hostage.
Finally, after more than six years of captivity, Tom Sutherland was released. The United States government flew Tom’s wife, Jean, to his location so the two could be reunited. They were so excited to see each other. A few days later, they flew home together to San Francisco. As they were getting off the plane back home in the United States, Tom Sutherland was amazed to see that there were lights and television cameras, reporters and people holding signs, and a huge crowd at the airport. Tom turned to his wife and said, “Jean, look at all these people. There must be a celebrity on the plane with us! Look around and see if you can spot who it is.” And Jean said, “honey, they are all here for you. It’s you. This is all for you.”
When his wife told him that, Tom started crying, and he couldn’t stop. He couldn’t believe it. He said, “I thought everybody had forgotten about me. I didn’t think anybody knew I was in captivity. I felt completely abandoned. I didn’t think anybody cared. Thank God, I was wrong.”
The shepherds at the first Christmas must have felt something like that. Society had cast them out and pushed them down to one of the lowest rungs on the social ladder. They were labelled unclean, both physically and spiritually. They must have felt abandoned and forgotten. They must have felt that no one really cared about them. But they found out that first Christmas night that, thank God, they were wrong. The One that counts the most did care. Of all the people on the face of the earth, the angel of the Lord appeared to them. They had received gifts from God that first Christmas as they made their way to Bethlehem.
Luke 2 8 And there were shepherds living out in the fields nearby, keeping watch over their flocks at night. 9 An angel of the Lord appeared to them, and the glory of the Lord shone around them, and they were terrified. 10 But the angel said to them, “Do not be afraid. I bring you good news that will cause great joy for all the people. 11 Today in the town of David a Savior has been born to you; he is the Messiah, the Lord. 12 This will be a sign to you: You will find a baby wrapped in cloths and lying in a manger.”
13 Suddenly a great company of the heavenly host appeared with the angel, praising God and saying,
14 “Glory to God in the highest heaven,
and on earth peace to those on whom his favor rests.”
15 When the angels had left them and gone into heaven, the shepherds said to one another, “Let’s go to Bethlehem and see this thing that has happened, which the Lord has told us about.”
16 So they hurried off and found Mary and Joseph, and the baby, who was lying in the manger. 17 When they had seen him, they spread the word concerning what had been told them about this child, 18 and all who heard it were amazed at what the shepherds said to them. 19 But Mary treasured up all these things and pondered them in her heart. 20 The shepherds returned, glorifying and praising God for all the things they had heard and seen, which were just as they had been told.

The shepherds received the gift of acceptance.
Acceptance is such a simple thing. Charles Shultz, creator and author of the Peanuts cartoon characters often conveys a Christian message in his comic strips. In one strip, he conveys through Charlie Brown the need we have to be loved and accepted. Lucy demonstrates our human inability to love one another.
Charlie Brown and Lucy are leaning over the proverbial fence speaking to one another:
Charlie Brown: All it would take to make me happy is to have someone say he likes me.
Lucy: Are you sure?
Charlie Brown: Of course, I’m sure!
Lucy: You mean you’d be happy if someone merely said he or she likes you?
Do you mean to tell me that someone has it within his or her power to make you happy merely by doing such a simple thing?
Charlie Brown: Yes! That’s exactly what I mean!
Lucy: Well, I don’t think that’s asking too much. I really don’t. [Now standing face to face, Lucy asks one more time]
But you’re sure now? All you want is to have someone say, “I like you, Charlie Brown,” and then you’ll be happy?

Charlie Brown: And then I’ll be happy!

Lucy: Lucy turns and walks away saying, “I can’t do it!”

What Lucy cannot do, God does. What Charlie Brown needs, God supplies.
The shepherds were blessed to witness God’s gift to the world, Jesus.
A gift of the Savior. A gift that money can’t buy. The gift of Christ is the best gift of all!

Patrick Henry understood that, and he expressed it in the way he closed his will.
He said, “I have now disposed of all my property to my family.
There is one more thing I wish I could give them, and that is the Christian religion.
If they had that and I had not given them one schilling, they would have been rich;
and if they had not that, and I had given them all the world, they would be poor.”

Remember how Tom Sutherland thought he had been forgotten and no one cared?
Remember how, when the plane landed in San Francisco, he saw all the lights and the cameras and all the people,
and he thought there was a celebrity on board the plane, and his wife said to him, “It’s you! It’s all for you.
” Well, that’s what Christmas is about. It’s all for you. The Christmas gift of acceptance and the Christmas gift of Christ, they are for you!
O Holy Night O holy night, the stars are brightly shining,
It is the night of the dear Savior’s birth;
Long lay the world in sin and error pining,
Till He appeared and the soul felt it’s worth.
A thrill of hope the weary soul rejoices,
For yonder breaks a new and glorious morn;

Led by the light of Faith serenely beaming
With glowing hearts by His cradle we stand
So led by light of a star sweetly gleaming
Here come the wise men from Orient land
The King of Kings lay thus in lowly manger
In all our trials born to be our friend.
Truly He taught us to love one another
His law is love and His gospel is peace
Chains shall He break for the slave is our brother
And in His name all oppression shall cease
Sweet hymns of joy in grateful chorus raise we,
Let all within us praise His holy name.
Fall on your knees, Oh hear the angel voices!
O night divine, O night when Christ was born!
O night divine, O holy night, O night divine.
Facebook
Twitter
LinkedIn
Email