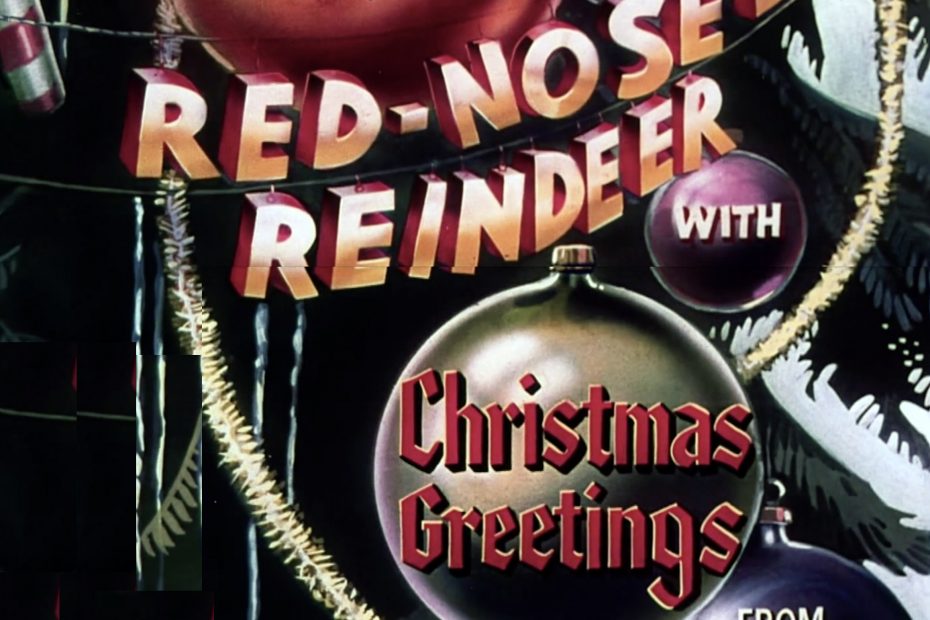 In 1939, a man named Robert L. May, worked in the publicity department for Montgomery Ward stores. He was asked for marketing purposes to come up with a new story for Christmas. May mixed two stories, the story of Santa Claus and the story of the Ugly Duckling together, and he created this new story called, “Rudolph, The Red-Nosed Reindeer.”
The Rudolph story quickly caught on and, over the next couple of years, Montgomery Ward distributed more than six million coloring books telling the story of Rudolph, the red-nosed reindeer. Robert May’s story became so popular that ten years later, in 1949, May’s brother-in-law, Johnny Marks, wrote a song about it, Gene Autry recorded the song and the rest is history.
We like the story of Rudolph not just because it’s a cute children’s story and the song is catchy. We like it because it is a song about rising above defeat. It is about turning a handicap into an advantage. It’s about turning a defeat into victory. In the beginning, Rudolph was despised, ridiculed, and teased about his red nose. But in the end, he becomes a hero. He saves the day with “his nose so bright.”
There was another Rudolph-Wilma Rudolph. In the summer of 1960, millions of Americans watched one of the greatest athletes of all times compete in the Olympic games. She was a tall, long legged, young woman from Clarksville, Tennessee representing the United States.

When the 1960 Summer Olympics were over, Wilma Rudolph had become the first American woman ever to win three gold medals in track and field, and set an Olympic and world record. It was a remarkable achievement for a woman that as a child had suffered from polio, pneumonia and scarlet fever. Her left leg had been severely affected. The doctors told Wilma’s parents that she would never be able to walk without the use of heavy braces.
Wilma’s mother refused to accept that diagnosis. Every day she prayed to God that He would bring strength to her daughters weak legs. She began massaging and exercising Wilma’s legs when she was four years old. She was determined that her little girl would walk. Wilma’s mother trained her older brothers and sisters how to massage and exercise Wilma’s left leg, Four times a day for five years the family members took turns working with Wilma and more often than that they prayed for God to strengthen her. Wilma got better and finally got a brace for her leg. Then she progressed to a heavy-high topped shoe. One day when Wilma was eleven years old, her mother looked out the window to see Wilma running and jumping and playing basketball, barefooted.
Wilma went on to become the fastest woman in the world because she and her family refused to quit when life dealt them a hard blow. They were people of faith and they refused to accept defeat.
Philippians 4:13 I can do all things through Christ who strengthens me. A college professor paraphrased this as “Bring it on! I am ready for anything because Christ strengthens me.”
When Christ came into the world, as a baby, born in a stable, he came into a world where many people felt down and out and defeated. He came to show them and us that he will be with us always and he can lift us above anything that threatens to defeat us.
He showed us in a manger and he showed us on the cross that his love is the most powerful thing in the world and that if we believe in him and we trust in him, nothing can defeat us.
Christmas comes around each you to remind us of that. He gives us that gift. He can save us from defeat.
Romans 8:37-39 No, in all these things we are more than conquerors through him who loved us. For I am convinced that neither death nor life, neither angels nor demons, neither the present nor the future, nor any powers, neither height nor depth, nor anything else in all creation, will be able to separate us from the love of God that is in Christ Jesus our Lord.

Hark! The herald angels sing,
“Glory to the newborn King;
Peace on earth, and mercy mild,
God and sinners reconciled!”
Joyful, all ye nations rise,
Join the triumph of the skies;
With th’angelic host proclaim,
“Christ is born in Bethlehem!”
Refrain:
Hark! the herald angels sing,
“Glory to the newborn King!”
Christ, by highest Heav’n adored;
Christ the everlasting Lord;
Late in time, behold Him come,
Offspring of a virgin’s womb.
Veiled in flesh the Godhead see;
Hail th’incarnate Deity,
Pleased with us in flesh to dwell,
Jesus our Emmanuel.
Hail the heav’nly Prince of Peace!
Hail the Sun of Righteousness!
Light and life to all He brings,
Ris’n with healing in His wings.
Mild He lays His glory by,
Born that man no more may die;
Born to raise the sons of earth,
Born to give them second birth.

Christmas Wish by Helen Lowry Marshall
There was brilliance, there was glory

When the angels sang that night;
There was wonder, awesome wonder,
In that fearful, lovely sight.
But inside the lowly stable
There was splendor shining, too
The gentle sort of splendor
That surrounds the good and true.
A quiet, tender radiance
That filled the stable dim
And cast its benediction
On the faithful, there with Him
And may that gentle splendor
Shine for you through all the year
And halo all your hours
With hope, and peace, and cheer.
Facebook
Twitter
LinkedIn
Email